Vision rescue sports couldn’t rescue from their one goal defeat to Indian Institute of Technology (IIT), pawai in MDFA League

Abhishek yadav scored a brilliant goal from the top of the box in a third division match of the Mumbai district football association(MDFA) league 2013-2014, at St. Xavier’s ground, Parel on Sunday, when he was unmarked, got a ball from their half he turned well and drills in a shot to score a winner for IIT Pawai.

Whereas Vision rescue sports, the project aims to transform the kids through sports. A team of an NGO, bunch of 15 youth all are under 17 at age shown a great potential of playing good football in near future. Providing an opportunity to make career in sports, they took street children and giving them such platform, so they can make their future. 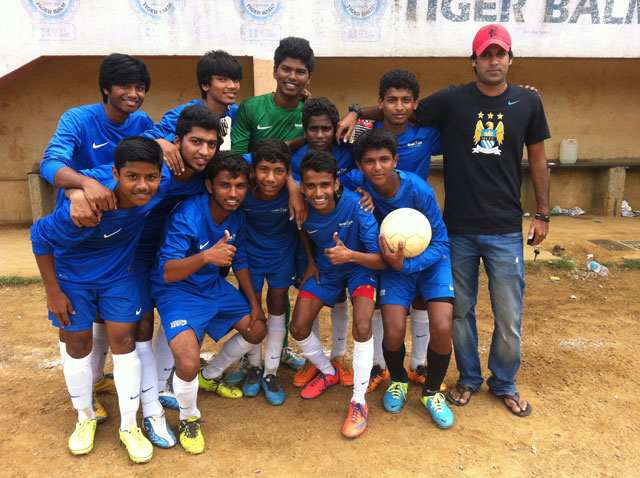 Austin D’souza has good touch, his style of playing seems professional, Centre half for Vision rescue sports, an asset for his team.  Anthony fernandes, Anthony rodrigues in half were impressive. Ram and shyam, similar hair style, similar position, Ashis and Roshan Solanky in defence did well.

In Another third division match Indian football academy dominated Marverics football club and playout them to comfortable two goals win. Lakshya asutkar scored brilliantly from a spot kick, Lishan shaikh finally made it, after missing many, at the end prior to 10 minutes to final whistle, Archis M assisted him to an easy finish.