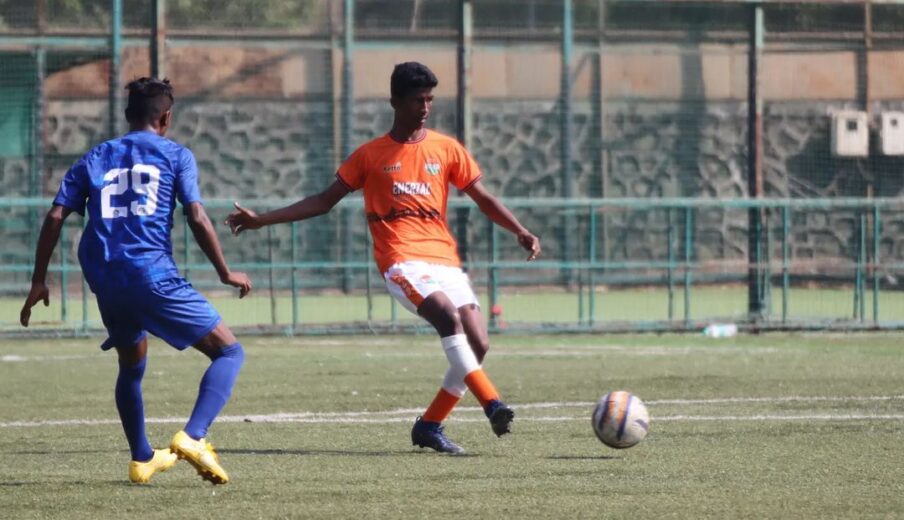 In the MFA Elite Premier League’s 47th match, Iron Born recorded their first win of the season with a comprehensive 6-1 victory over Rudra FC.

Both teams are currently in the bottom half of the league table, fighting for survival and hoping to avoid relegation. Iron Born’s win against Rudra FC was their first of the season, after suffering five consecutive losses. On the other hand, Rudra FC had started their campaign on a strong note, winning their opening fixture. However, they have now lost their fifth consecutive game, and are placed in the penultimate position just above wooden spooners India Rush.

Iron Born started the match on the front foot, with midfielder Sourav Baidya scoring the first goal of the game in the 6th minute before striker Mohammed Khatib added to the lead in the 13th minute. Captain Armash Ansari who was recently selected for the Maharashtra squad for the upcoming Santosh Trophy marked the occasion with a goal around the half-hour mark. Darshan Shah then added the fourth of the day in the 35th minute to make it 4-0.

At the other end, Rudra FC hardly had a sniff at goal as Iron Born defense stood strong. Khatib completed his brace with a goal in the 38th minute, giving Iron Born a commanding 5-0 lead at halftime.

In the second half, Rudra FC made a change, bringing on Bhavesh Kurlekar for Prithvi Singh. The change seemed to steady Rudra’s defense, and they started to make forward runs in attack. Kurlekar made an immediate impact, scoring a goal in the 53rd minute to pull one back for Rudra FC. However, despite their efforts, Rudra was unable to make any further impact on the game.

Iron Born restored their five-goal lead when Khatib completed his hat-trick with a goal in the 76th minute. The final score was Iron Born 6-1 Rudra FC.