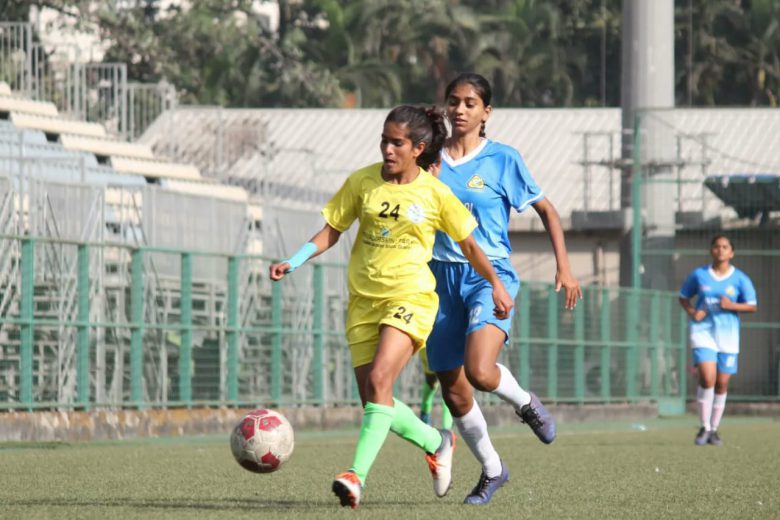 A total of 3 matches were played in the WIFA Women’s Football League on Saturday. Footie First won the first match of the day. Kenkre’s comeback win against Snigmay FC gave them their third win of the campaign. In the third match of the day, PIFA Sports registered an easy win over Krida Prabhodhini.

After receiving a walkover in their last encounter against Amma FC, Footie First launched a flurry of attacks from the first whistle onwards. In just 8 minutes to the game, midfielder Mamta Kumari gave the Mumbai-based club the lead. Nisha doubled their lead in the 17th minute. Satara’s Pacangan FC failed to score even once as Footie First collected all 3 points.

In the second match of the day, Mumbai-based Kenkre FC took on Pune’s Snigmay FC.

Snigmay scored the first goal of the game through Aishwarya in the 14th minute. She doubled her tally in the 30th minute. In the 34th minute, Snigmay FC defender Shravani scored an own-goal and helped Kenkre get a goal back. In the 38th minute, Kavya scored the equalizer for Kenkre.

A determined Kenkre entered the second half in search of victory. For Kenkre, Kavya scored again in the 56th minute. Harshika scored the fourth goal in the 68th minute. Defender Nikita Jude scored her side’s fifth goal in the 83rd minute. 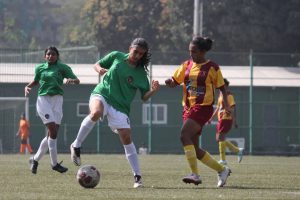 At full-time, Kenkre FC managed to turn the scoreline in their favor with a huge comeback. They registered a resounding victory, winning the match 5-2 after going 2 goals down.

PIFA Sports faced Krida Prabhodhini in the last match of the day. The match kicked off strongly from both sides. The defense of both teams stood strong and didn’t give each other a chance to score as the first half ended in a stalemate.

In the second half, PIFA drew first blood through Karen in the 49th minute. Wandashisha doubled PIFA’s lead in the 51st minute. With these 2 goals, PIFA secured their sixth win of the campaign. PIFA are now the favorites to win the title as they have a game in hand over first-placed S.P. Football Academy. 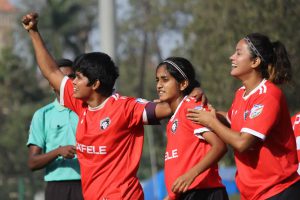 As Amma FC backed out of the league, S.P. Football Academy got a walkover in the last match of the day.