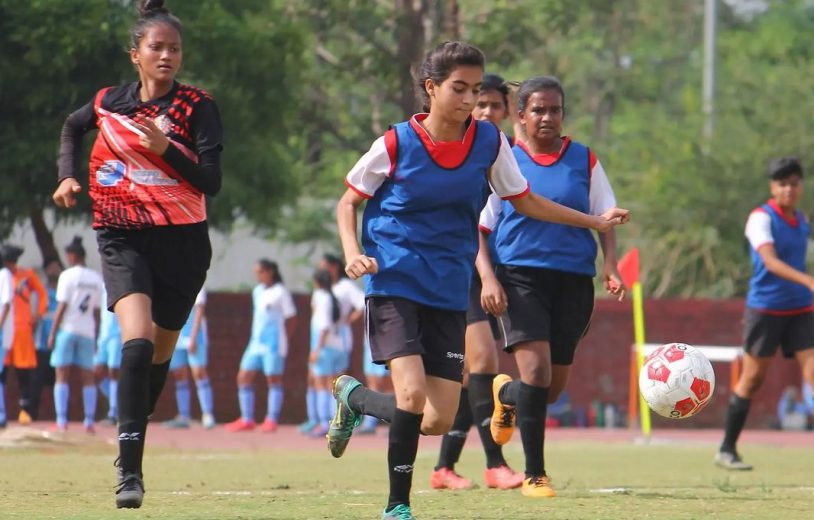 On Day-5 of the ongoing WIFA Interdistrict U-17 Girls tournament, Nashik, Pune, Kolhapur & Mumbai advance to the semifinals.

Nashik edge past Buldana to qualify for the semis

The game started on a strong note between Nashik and Buldana. Both teams failed to find the breakthrough as the first half ended with a 0-0 scoreline.

In the second half, Ritika Singh broke the deadlock in the 29th minute and gave Nashik the lead. Her goal proved crucial as Nashik won the match at the end of regulation time.

In the second match of the day, Pune beat Thane 1-0 and confirm their place in the semifinals of the ongoing WIFA Interdistrict U-17 Girls Tournament.

Purva Gaikwad scored the only goal of the game in the 7th minute which later turned out to be the winning goal for Pune.

Kolhapur ride on Nidha’s brace to enter the semis

In the third quarter-final, Kolhapur defeated Palghar 3–0 and advanced to the semi-finals. Nidhi Satarmekar scored for Kolhapur in the 18th minute. She doubled her tally in the 25th minute. Kolhapur entered the tunnel with a 2-0 lead at the break.

In the second half, Rajnandini scored Kolhapur’s 3rd goal in the 45th minute and sealed the victory for her side.

In the last quarterfinal game, Mumbai faced Satara. Both the teams played really well but failed to break the deadlock at the end of regulation time and the game went into a penalty shootout.

For Mumbai, goalkeeper Nikita Jude pulled off three crucial saves in the shootout to give Mumbai an incredible win. She was also on target at the other end to complete an all round performance.

Other than Nikita, Himanshi, Priya & Rochelle scored the other 3 penalties for Mumbai. For Satara, Hritika, Alsifa & Snehal scored in the shootout.