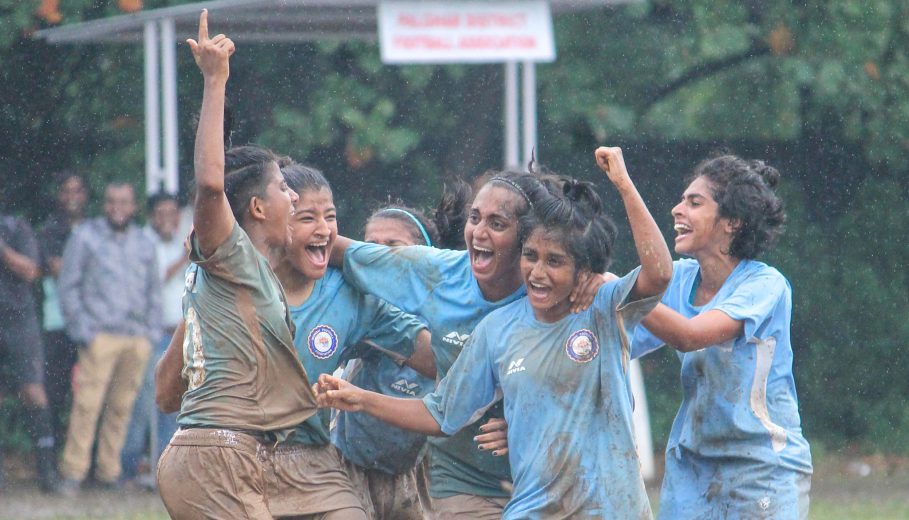 Coming on the back of comfortable victories on their way to the final, Mumbai started out confidently and took charge early on with a couple of good attacking moves. It didn’t take them long to break the deadlock when ten minutes into the game, Akanksha latched on to Karen Pais’s cross from the left flank before placing the ball just wide of the keeper into the net as Mumbai took the lead.

Mumbai continued to attack to search for more goals and to put the game out of their opponent’s reach, meanwhile, Kolhapur did occasional attacks but nothing came off them. In the 26th minute of the game, a poor clearance from Kolhapur’s defender allowed Mumbai striker Bhagyashree Dalvi to take advantage as her strike beat the keeper to make it 2-0 for Mumbai.

At the half-time break, Mumbai looked comfortably placed for another win and a comfortable title defense, however, it seemed Kolhapur had other plans. On the restart, a determined Kolhapur took to the field as they began passing with conviction stitching a couple of good passes in the attack. Mumbai’s complacency in defense, coupled with their profligacy in attack in the second half allowed their opponent to find their way back into the game.

It first began in the 57th-minute mark, when Aarya More sent in a dangerous cross in the Mumbai box, which the Mumbai defense failed to deal with properly allowing an unmarked Sanika Patil an easy header into the goal to make it 2-1. Mumbai looked to continue with their attacking strategy but failed to find a clear finish despite creating a number of chances.

As the game headed into the full-time mark, Kolhapur upped their intensity attack in search of an equalizer. They were duly rewarded when in the 90th minute, another error from Mumbai’s defense allowed Kolhapur to level things up. The heavy rain had made the ground slippery and Mumbai Goalies’ decision to come out for a ball proved dangerous when she slipped, allowing Aarya More to latch on to the ball and finish off without any problem to make it 2-2 at full-time.

As the game headed into extra time, Mumbai regrouped just in time and came out with guns blazing in the attack. Akanksha’s long ball over the defense was chased down by Harshika Jain who unleashed a powerful shot to beat the keeper and find the net as Mumbai took the lead again. The rest of the game saw some back and forth but Mumbai held their nerves well to eventually retain their title in the end.