We need to convert our chances, says Dennerby as Blue Tigresses gear up for Chinese Taipei encounter 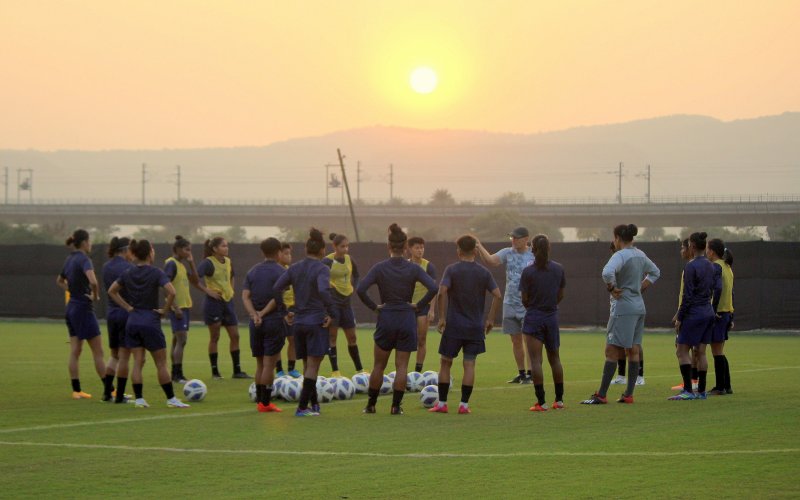 MUMBAI: The match against IR Iran is in the past, and the challenge against Chinese Taipei is next. The focus of the Blue Tigresses lie entirely on the game – a very crucial encounter for the Indian women in their quest to make it to the quarterfinals.

The kick-off against Chinese Taipei at the DY Patil Stadium in Navi Mumbai is at IST 7.30 pm tomorrow (Sunday, January 23), and the match will be broadcast live on the Eurosport channel, and simultaneously be streamed live on Jio TV. Live scores and updates will also be available on the official website www.the-aiff.com, and Indian Football’s official social media platforms.

“For us, the focus is solely on the game against Chinese Taipei. Even if they lost to China, they’re still a good team. We need to have a good performance to take points from that game,” said Head Coach Thomas Dennerby.

Chinese Taipei had gone down 0-4 to China in their opening match. As things stand, China are at the top of Group A with three points, while India and Iran are tied for the second spot with one point each. Chinese Taipei are yet to open their account. 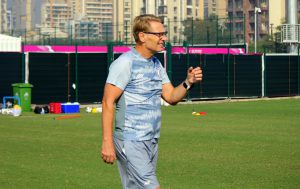 But Dennerby refused to get into the permutations and combinations, and stressed a good performance will present a “decent chance” to Blue Tigresses to make it to the quarters.

“When you get decent points in the group stage you always have a chance to qualify. We need to have a good game against Chinese Taipei and get points,” Dennerby maintained.

“We are not at all concerned about the table at the moment. We need to get our job done in the next 90 minutes.”

Despite all the domination, the Blue Tigresses were unable to find the net in their match against IR Iran, and it cost them three deserving points. “These things come from everyday training, and we are working on it. If you have a chance, you need to take it quickly, maybe in the first touch itself, if possible,” Dennerby opined.

“We need to convert our chances. We were a little slow in the last match and that gave the rival defenders time to recover and come at us. These are the little things we need to be better at.”

Also Read: Chennaiyin leapfrog to third in the table with 2-1 win over rock-bottom NorthEast United