We have potential to become a big FIFA-playing nation, says eTiger Siddh Chandarana 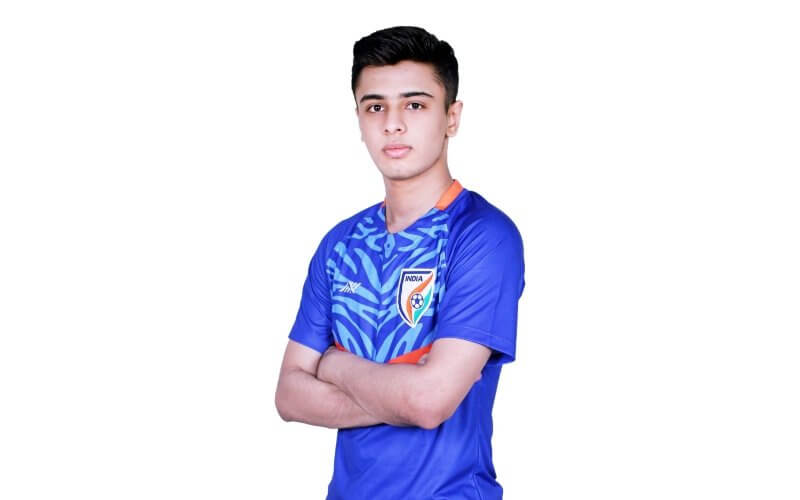 As India make their presence felt in the world of eSports, the eTigers are slowly making their mark on the international stage. One of them — Siddh Chandarana — was a key cog in the recent India team to have finished second behind Australia in the January leg of the Asia & Oceania Zone of the FIFAe Nations Online Qualifiers 2022 play-ins.

Chandarana’s love for traditional football got him hooked to playing FIFA after he had gotten his first Playstation back in 2007. At first, he used to play casually after school but that changed over the years.

“I started playing FIFA competitively in 2016 and a year later I got to travel for my first international tournament where I performed reasonably well so that’s when I thought I could do this full time,” he said. “Just after the tournament, I got the opportunity to sign my first professional contract with Mesut Ozil’s M10esports.”

The 21-year-old has seen a raft of developments in the world of eSports in the last few years, especially in India.

“There has been a massive growth in the world of FIFA eSports in our country over the last couple of years,” he acknowledged. “We’ve gone from having only local tournaments throughout the year to having an eNational team. I think the addition of India to the EA (Electronic Arts Video Game Company) global series infrastructure has been revolutionary for the FIFA community in India and it’s only going to get better.”

Like any other athlete in the sporting world, eAthletes have a specific training regimen too. Chandarana however, strives to attain the right balance between practice and physical wellbeing.

“I feel it’s important to have the right balance when you’re training. I spend 5 to 6 hours playing competitive FIFA which includes Pro friendlies and rivals. I usually go to the gym every day to take care of my physical health. I also like to play football or cricket whenever I get the time. It’s important for you to take enough breaks, drink loads of water and make sure you’re fresh when you play, it’s the little things that matter,” he said.

In a new and upcoming field, it is sometimes difficult to convince those at home that making a career in it is the right decision but the Mumbai lad got lucky on that score.

“I will always be grateful to my whole family. They’ve been extremely supportive throughout the whole journey and I think that keeps you going. My dad used to travel with me to National tournaments which was always a big support. It’s a privilege to represent the country and it’s a dream come true for me and my family. I don’t think there’s a better feeling than playing for your country,” he quipped.

After successfully navigating the 2021 edition of the AIFF eFootball Challenge and getting selected for the first-ever Indian eNational team, Chandarana has seen the competition grow in a very short time.

“It has certainly become more competitive with many new faces making it all the way and it’s great for the country when you look at the bigger picture,” he said. “It’s definitely not easy to make it through the qualifying stages and I think that will only increase the quality of FIFA we play in our country.”

The COVID-19 pandemic had brought most sporting events in the world to a halt at some point or the other but it turned out to be quite the boost for eSports and the FIFA gaming community.

“Due to the pandemic, the whole competitive structure was moved online and that saw an increase in the number of spots for each country in the FIFA Global series,” explained Chandarana.

“People have gradually realized the potential we have as a FIFA-playing nation and there have been endless opportunities. That being said, I do miss competing on the big stage in front of an audience and I can’t wait for LAN events to be back soon,” he concluded.

Jamshedpur zoom to second spot with convincing win over Kerala
Will continue to prove myself as long as I’m playing football, says Dipanda Dicka