The Hero of Santosh Trophy who broke boundaries 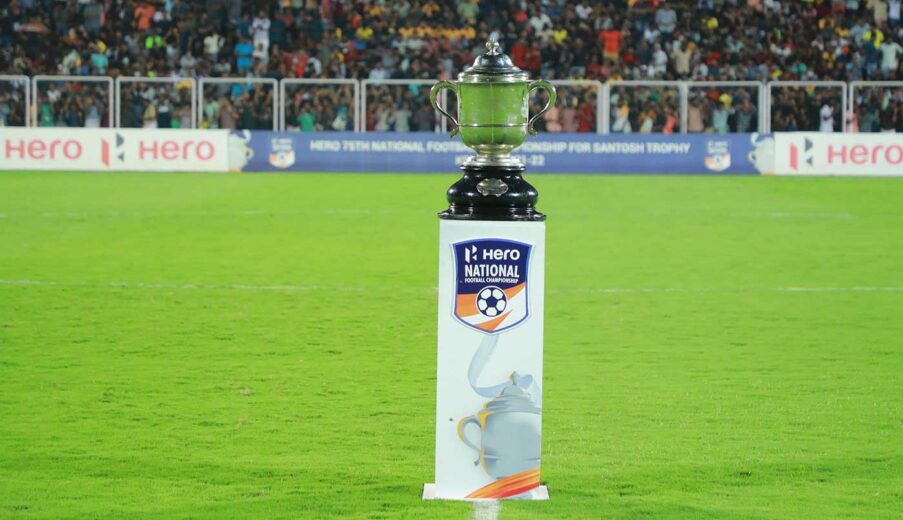 NEW DELHI: There is hardly a top player in the country who hasn’t gone through the grind of the Hero Santosh Trophy at some stage of his career in the last eight decades. Starting from Talimeren Ao, the first captain of Independent India to present day icon Sunil Chhetri, all had made their presence felt in the National Football Championship at an early age before moving onto the next phase of footballing life.

The influence and impact of Hero Santosh Trophy, however, hasn’t remained restricted to India – it has travelled beyond its boundaries from its very inception. So much so, when the newly-born nation Pakistan played their first official international tie – a friendly match against Iran – the team was led by the redoubtable Osman Jan, the celebrated custodian, who was actually known for his fabulous exploits in the Santosh Trophy.

Few are aware that Osman, who once guarded the citadel of Kolkata’s great Mohammedan Sporting in the 1930s, was perhaps the first footballer to win the Santosh Trophy for two different states. While his triumph as part of the mighty Bengal team in the inaugural edition in 1941 didn’t come as a surprise to any, it made people to sit up and take notice the second time when Osman captained hosts Delhi to win the 1944 Santosh Trophy beating all-conquering Bengal in the final.

If the old timers are to be believed, it was a fascinating battle in 1944 that saw underdogs Delhi win the prestigious National Football Championship for the only time in history. Osman, by then, had returned to his hometown Delhi after successful stints with Mohammedan Sporting and Aryans in Kolkata. Having joined the Crescent Football Club in Old Delhi, he was said to be instrumental in raising the Delhi state team that went on to beat stat-studded Bengal 2-0 in the final. He didn’t allow any interference in selection of the team and picked the best possible side, which included two British citizens from the Royal Indian Air Force, then stationed in Delhi. The move proved correct as one of them, English, scored one of the two goals for Delhi in the final (Bhabani Banerjee was the other marksman).

The Delhi squad in 1944 was a true advertisement of unity in diversity – the hallmark of Hero Santosh Trophy right from the beginning. In the later years, two of the team members returned to England, some went over to Pakistan and some left Delhi to settle elsewhere.

Osman went over to Pakistan and in October 1950, when the Pakistan National Team made their first ever tour of Iran and Iraq, he was made the captain. After his death, a tournament in his memory was started in Karachi.