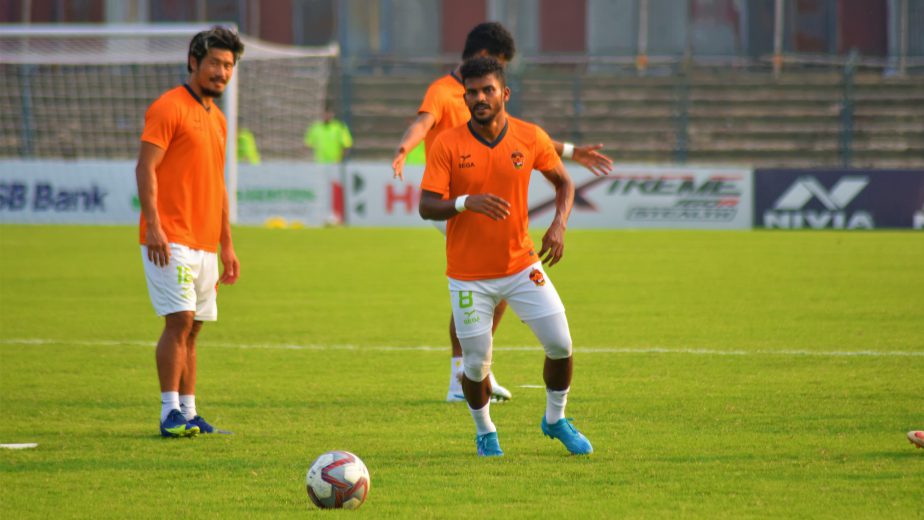 It’s first versus third in the Hero I-League as Gokulam Kerala FC go up against RoundGlass Punjab FC at the Kalyani Stadium on April 19th at 5:05 PM.

The Malabarians maintained their unbeaten record with a resounding 4-0 win over Sudeva Delhi last time out. Luka Majcen netted yet another hat-trick, which didn’t surprise coach Vincenzo Alberto Annese. “We already knew Luka was going to score a lot of goals here. I’m so happy for him. He works for the team and the team works for him.”

Annese called the win as Gokulam’s best performance of the season. “What made the victory special was that we did very well in the transition phase. We showed all of Indian football how we attack together.”

Gokulam Kerala are unbeaten in their last 16 Hero I-League games and could equal the league record (17, set by Churchill Brothers) tomorrow, but Annese isn’t too focused on that. “I don’t look at the records. I’m only thinking about winning tomorrow. Records are just for statisticians. We only concentrate on ourselves to improve game by game.”

Up against title rivals RoundGlass Punjab, the Italian expects a tough game. “Punjab are strong opponents. They’ve won their last four games and have become more aggressive under their new coach. It will be difficult to beat them.”

RoundGlass Punjab are in third place, four points behind Gokulam Kerala, and carry a lot of confidence heading into tomorrow’s clash. Coach Ed Engelkes admitted that he doesn’t feel any extra pressure in such high-profile games.

“It’s like every other game. You have to play these kinds of games to get better as a team. I use games like this to see what we’re capable of. We have a great team. We can also be tough if we want to be,” he said.

The Dutchman is hoping to inflict the first defeat of the season on Gokulam, while also giving them due respect. “I think Gokulam are the most stable team among the top four. They have a good coach and good players. But it’s also not a team you can’t defeat. It will be a competitive game tomorrow.”

“As a coach, you never know how the game is going to go. We know their strengths and weaknesses and we’ll try to use that for our own benefit,” Engelkes concluded.