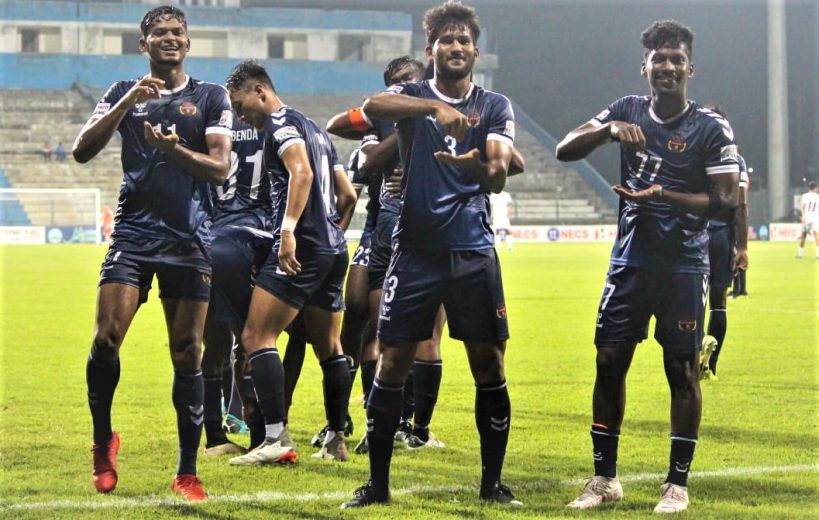 The first half injury-time goal from Ranjeet handed Kenkre their second ever win in the Hero I-League.

From the first whistle, Kenkre made a slow but solid defensive start and endured early pressure from Aizawl FC.

After foiling some aggressive moves from Aizawl, in the 24th minute, on a counter, Suraj Negi hooped the ball into the box and found Ranjeet who headed the ball to the top left corner, but his attempt was saved by Aizawl’s goalkeeper.

In the 36th minute, Suraj played an accurate through ball towards Akeraj who collected it and passed it forward but failed to find Ranjeet inside the box.

In the injury time of the first half, on a counter-attack, Kiran put a low pass and found Ranjeet who got the better of Aizawl’s defense and tapped the ball into the back of the net to give Kenkre the lead. 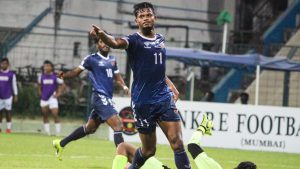 The referee blew the whistle and Kenkre headed into the tunnel with a slender yet vital lead.

In the second half, Kenkre improvised their first-half performances and were a constant threat to the opposition backline.

In the 52nd minute, Vijay from the left flank put the ball into the box and found Ranjeet who took a shot from low range but the Aizawl goalkeeper came out of his line to make a brilliant save.

In the 68th minute, Aizawl made an attacking move and a ball from their right wing came flying into the box but Kenkre custodian Padam bravely came out of his line and punched the ball away to avoid danger.

In the 78th minute, Vijay had a shot at goal. The ball looped over everyone and went out.

In the later stage of the game, Kenkre had a few good chances to double the lead but couldn’t capitalize on them.

In the 82nd minute, Vijay made a good run on the left side of the pitch and passed a low ball towards Akeraj who failed to put the ball into the back of the net.

Ranjeet in the 88th minute, ran away with the ball from the right-wing before entering into the box and unleashing a low cross for an onrushing Vijay only to be denied by a last-ditch challenge from Aizwal’s David.

The referee blew the final whistle as Kenkre held on to Ranjeet’s solo goal in the first half to register their second consecutive in the Hero I-League.

Next, Kenkre will face TRAU on 28th April.

Also Read: Karnataka thrash Gujarat 4-0 to make it to the semis in dramatic style