Noah Sadaoui: I did not come here to sit around, I want to win trophies 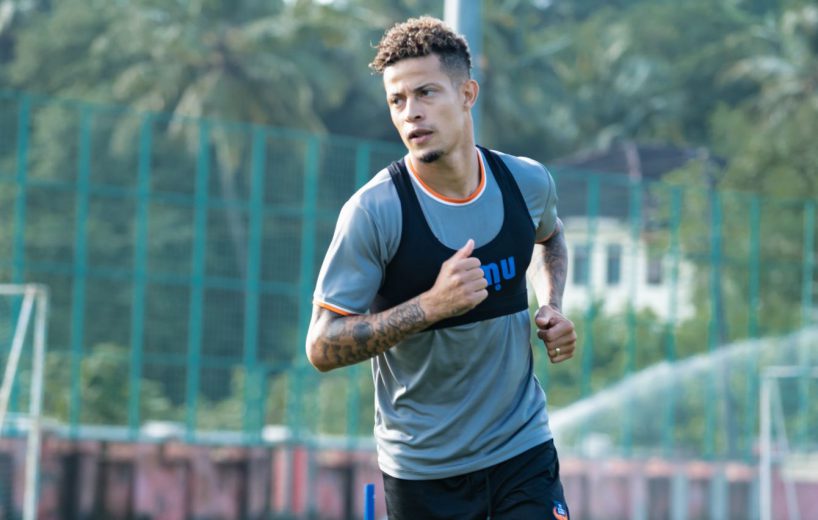 Goa, September 8, 2022: Noah Sadaoui, one among the five new foreign signings made by FC Goa ahead of the Hero Indian Super League (ISL) 2022-23 season, has a crystal-clear idea of what he wants to achieve with the club.

Having previously represented highly successful clubs like Raja Casablanca in Morocco and having won honours with the Moroccan National Team previously, the 28-year-old is eager to repeat the same with his new team.

“I did not come here to sit around, I want to win trophies and take FC Goa to new heights. I am hungry (for success),” Sadaoui said at a media interaction on Thursday. “Our coach, Carlos Pena is someone who has won silverware with FC Goa as a player. And this, right now, is his first-ever coaching assignment. So, obviously, he’s also very hungry to win.

“We have a good combination of players too. Alvaro (Vazquez), for instance, has played in the ISL already and is hence aware of what can be expected in the league. Brandon (Fernandes), our captain, has been an FC Goa player for a long time. He can also play in different positions on the forward line. Iker (Guarrotxena) is another experienced player in our ranks.

“Overall, I feel that we all have different strengths and we’re working on bringing them together to create that winning formula,” the forward added.

Noah Sadaoui is not new to FC Goa. It is well known by now that the Club and the player had mutual interest to work together for the past few years. According to the player, the Gaurs were the only reason why he was open to a move to Indian football.

“FC Goa is what brought me to the ISL. We had been communicating with each other for a while regarding a possible move. I’ve watched FC Goa play matches in the ISL and the AFC Champions League and I enjoyed the style of play of the Club,” he said.

“This summer, when I was open to a move abroad, FC Goa hence was my first option.”

Having  played in Israel, the USA, Honduras, South Africa, Oman, Egypt, Morocco and so on, shifting base to India was not much of a challenge for the Moroccan international. “I’ve had the experience of adapting to different cultures throughout my playing career. Hence, shifting to India was easy,” Sadaoui said, before explaining how FC Goa helped him as well.

“They’ve made sure that we’re comfortable here in Goa, which is a big deal. It could have been very different had there been no one to help.”

So how has life been so far, with the two-time ISL finalists? “It’s been great, as a team we’re connecting well together and it’s good. Everyday in training, we’re making progress, and improving both individually and as a team.

“We have to understand the way our teammates play, so as to become better ourselves. This is what pre-season is for. As of now, it’s just been around 15 to 20 days  since our pre-season started, hence we’re getting to know each other more with each passing day,” Noah Sadaoui went on.

The forward further added that his focus is currently on FC Goa and on how he can make a positive difference at the Club.

“With hard work and following the coach’s instructions, I strongly believe we’ll be able to do some damage in the league this season,” the 28-year-old concluded.