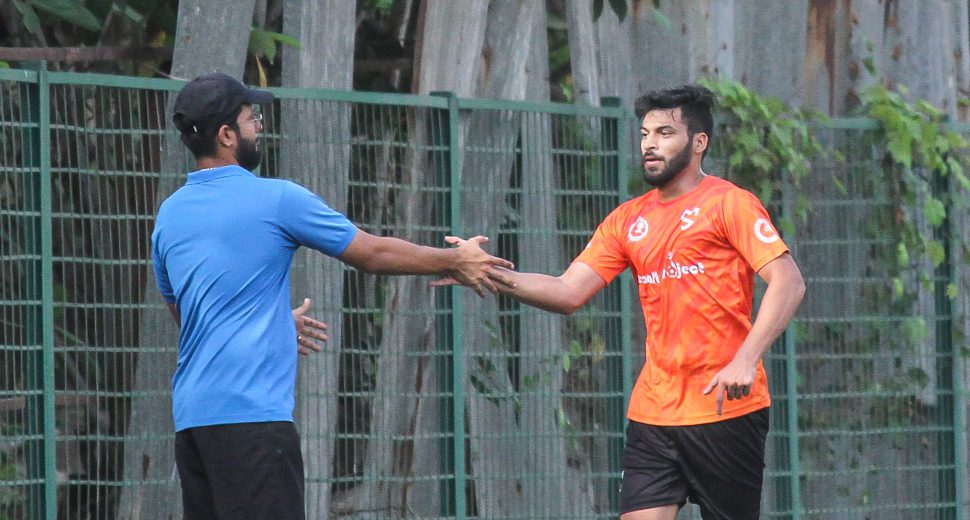 The game between Mumbai Strikers and Sellebrity played out at Neville D’souza ground and saw the Strikers ride on two quick first-half goals to pull off a comfortable 2-0 win in the end.

Sellebrity started out brightly at the start with some good amount of possession early on. However, against the run of play in the 20th minute, a miss pass in the midfield allowed Mumbai Strikers to capitalize and take the ball forward in a counter-attack, culminating with Arsalan Hamdulay’s clinical finish off an assist from Akshay Devadiga.

Six minutes later, Strikers doubled their lead after winning a penalty for a foul in the box. Rakesh Patne stepped up for the spot-kick and although Sellebrity goalkeeper Sheldon Raghwan judged the right way, Rakesh’s shot was too powerful to be stopped.

In the second half, the Strikers managed the game really well not allowing any concrete chances for the Sellebrity attack. The game eventually tapered to a 2-0 finish with Strikers picking all 3 points.

Meanwhile, at the cooperage, Century Rayon pulled off a last-minute heist with an injury-time goal to come away with a point against Central Railways (HQ).

Both teams started out on equal footing in the early parts of the game but Central Railways soon came into the game and in the 39th minute, Sumesh Nair broke the deadlock with a clinical finish. Railways went into the break with a solitary goal lead. In the second half, Century Rayon tried to get into the game but found it difficult to breach Railway’s defense.

However just as the game seemed to drift away in favor of Railways, Century Rayon struck back when Rohit Singh’s shot beat the keeper to find the net in the first minute of injury time. The game eventually ended on level terms for both sides.