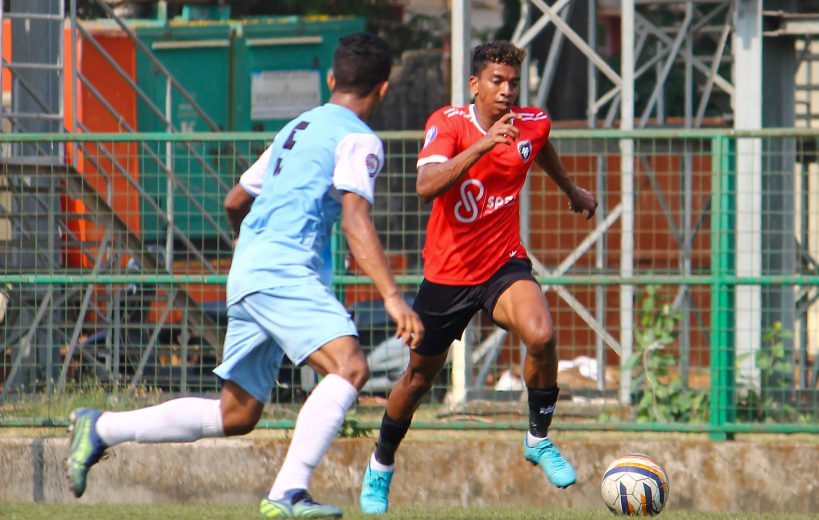 Unbeaten in the league so far, PIFA ride on Rohit Mirza’s hattrick to beat GMSC 4-2 and take the 2nd spot in the league table while in other games Sellebrity FC romp home with a 6-0 victory

Both PIFA and GMSC came into the game with 18 points in the bag with the latter having a game in hand. In a race for the second spot in the table still led by Ambernath United – Atlanta FC, a win over their opponents would have given them a clear edge going into the final leg of the tournament.

After a cagey start, both sides started getting into the grove creating a couple of good chances but it wasn’t until the 41st minute that the game saw its first goal. From a corner routine, Rohit Mirza’s cross towards the near post was headed home by Calvin Barreto to make it 1-0 for PIFA. Deep into the first-half injury time, a ball from Shameer Swamy into the box fell to an unmarked Rohit Mirza who tapped into the net to make it 2-0 as both sides entered the break.

The late 2nd goal seemed to have dented the morale of GMSC Players as PIFA came out of the blocks quickly and post restart made it 3-0 immediately after a brilliant Olympic goal by Rohit Mirza. Around the hour mark, PIFA made it 4-0 after Shameer Swamy’s ball found Rohit Mirza who slotted home his 3rd of the day to complete a brilliant hattrick.

With the game slipping behind, GMSC upped their ante to try and salvage something from the game. In the 74th minute, GMSC pulled one back after Abhijit Taware broke from the middle of the park to run forward and cut it back for Sayan Banerjee whose shot beat the keeper to make it 4-1. Deep into the injury time, Kartik Yenurkar halved the deficit but the fightback came rather too late as the game ended at 4-2 with PIFA taking the 2nd spot in the league table.

In another game of the competition, Sellebrity produced a clinical display to romp home to a 6-0 win. After holding their defense initially, Kaustubh Panchal broke the deadlock in the 26th minute to open up the flood gates. Amol Jadhave doubled the lead four minutes later before Karthik Bele made it 3-0 going into halftime.

There was no respite for companeroes on the restart as back-to-back goals from Brandon Pires and Shailesh Jadhav around the hour mark gave Sellebrity a dominant 5-0 lead. Amol Jadhav later added one to his tally while completing half a dozen goals for his side to complete the 6-0 rout.