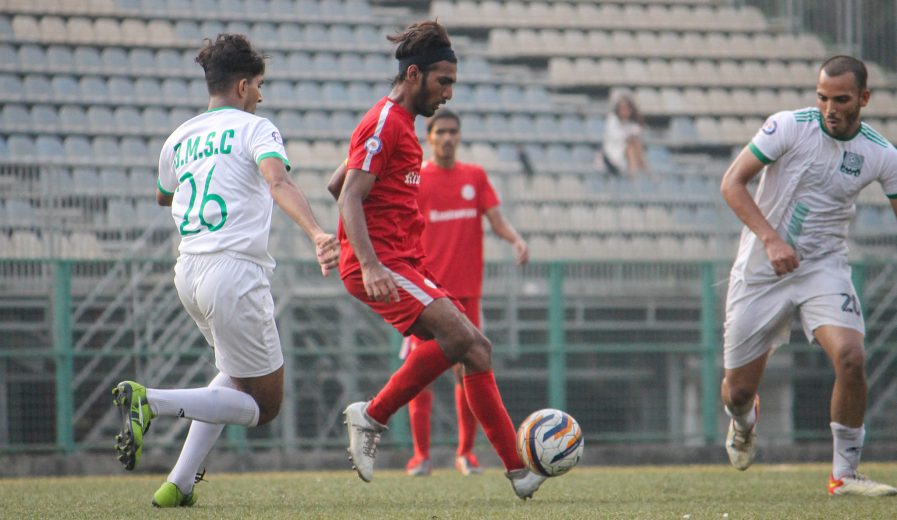 A high octane encounter between Bombay Muslims and Iron Born CFCI saw an edge-of-seat thriller with tempers flaring on both sides by the end of 90 minutes.

The game began rather unexpectedly as it was Bombay Muslims who drew the first blood when in just the 5th minute as Sohail Khan beat the Iron Born defence to sneak the ball past the keeper to make it 1-0. The early goal woke up Iron Born from their slumber as they started putting men in forward. However, profligacy in the attack coupled with mistakes in the final third meant Bombay Muslims staved off the attack.

In the 2nd half, Iron Born CFCI were much better organized going forward and kept Bombay Muslims’ defense on their toes. BMSC Goalie Paramjeet Singh produced some top-notch saves to deny Iron Born any goals. The intensity from Iron Born looked to hot handle as BMSC started conceding silly fouls, Nadeem picking up a yellow card on one such foul. As the game moved further a reckless tackle from already booked Nadeem meant the referee had no option but to give the marching orders as the BMSC were reduced to 10 men.

As the game progressed to the final 20 minutes, Iron Born CFCI’s Armash Ansari managed to beat his marker before unleashing the final shot to find the net, however, the linesman deemed him to be offside much to the frustration of Iron Born CFCI. The resulting protest saw Aqeel Ansari been shown the yellow card.

In the final moments of the game, Bombay Muslims tried to slow down the game as the match saw a lot of stoppages. The referee on his part decided to add another 3 minutes into the already six minutes of injury time. However, Iron Born failed to find the back of the net as the game ended 1-0 in favour of Bombay Muslims. Post the game, arguments erupted between the players and staff of the two teams which ended with the referee showing red cards to three players of Iron Born FC.