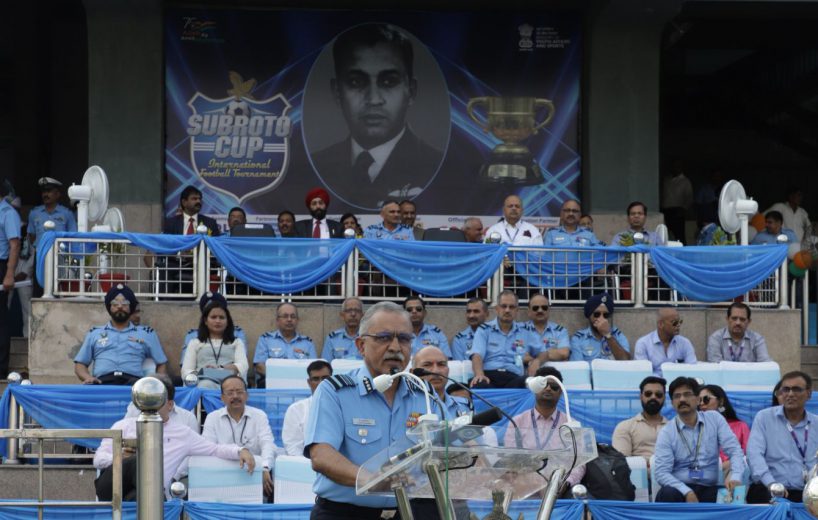 Three hat-tricks on the day

HHS, Imphal, overwhelmed Ramakrishna Mission Vivekanand Vidya Peeth, Narayanpur, Chhattisgarh, at the Tejas Football Ground, with the help of the torunament’s second-hattrick by L. Bikramjit who scored in the 15th, 46th and 49th minute of the match. Teammate L. Boyomayo got a brace, scoring in the 7th and 13th minute. The other goals were scored by K. Dingkal (29th) and  J. Likson (33rd).

SDMHS, Jampuijala, got their 7-0 result against The Air Force Schools (TAFS) at the Ambedkar Stadium. Jetli Kalai got the third tournament hat-trick in this game scoring in the 15th, 19th and 39th minutes. Bijoy, Rohit, Asutosh and Philman got the other goals for the Tripura side.

Also winning on the day were Government Chawngfianga Middle School, Mizoram, who beat Army Public School, Delhi Cantonment, 5-0. This game at the Ambedkar witnessed the first tournament hat-trick with Isak Lalmaisawma scoring in the 5th, 25th and 47th minutes of the game.

Other winners of the day included the Major Dhyan Chand Sports College, Lucknow (2-1 over KVS, Imphal), Gurukul, Kurukshetra who beat B.K.Birla Centre of Education 3-0 and Pathways School, Noida, who were 3-0 winners over St. Francis Xavier School, Daman and Diu.

Also Read: Blue Tigresses blank Pakistan to get off to a winning start