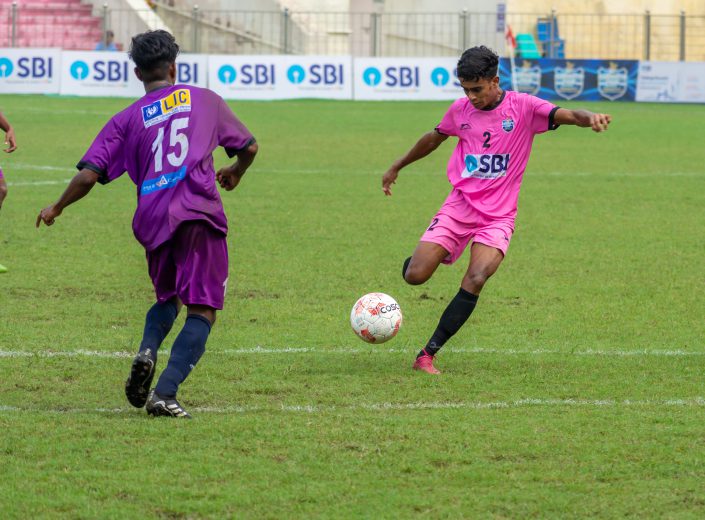 New Delhi, Tuesday, October 11, 2022: Two hat-tricks in the two semi-finals of the 61st Subroto Cup International Football tournament for Boys Under-17, powered schools from Chandigarh and Nagaland into the finals, set to be played at the same hallowed venue, the Babasaheb Bhimrao Ambedkar Stadium, on Thursday, October 13, 2022. Lemmet got the first of the day’s hat-tricks for Government Model Senior Secondary School (GMSSS), Chandigarh, while Setungchim of Pilgrim Higher Secondary School (PHSS), Dimapur, Nagaland, got the other, as their respective teams overcame their semi-final opponents to qualify for the finals.

In the first 70-minute game which kicked-off at 9.00 am in the morning, GMSSS, Chandigarh, overwhelmed 10+2 Zila School, Chaibasa, Jharkhand, 5-1. The Chandigarh number 11 Lemmet got four of those goals in the15th, 24th, 60th and 69th minutes of the game. Arjun got the fifth in the 44th Dogar Purty got one back for Jharkhand in the 32nd minute.

The second semi-final was a tighter contest between PHSS and CT Higher Secondary School, Mayang, Imphal, Manipur however PHSS were always more comfortable in the game. Their number seven Setungchim did the star turn striking in the seventh, 52nd and 58th minutes of the match. David did pull one back for the Manipur side in the 68th minute, but Nagaland were home and dry by then.

The prestigious 61st Subroto Cup Boys U-17 final will kick-off at 3.30pm on Thursday and is set to be a blockbuster clash between two in-form teams.