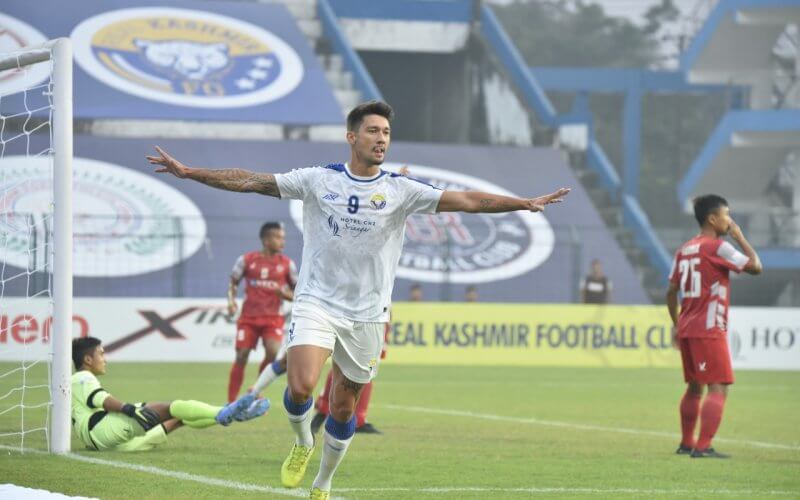 Real Kashmir FC enjoyed the perfect start to the Hero I-League season as they defeated Aizawl FC in a thrilling encounter in the opening match week. The main man that evening was Brazilian forward Tiago Adan, who bagged a brace for himself.

After an explosive start in his first game with Real Kashmir, Adan is looking forward to continuing the form and having a shot at winning the Hero I-League title. “My focus is to be the top scorer in the championship, and with that, I will be helping the club to achieve their goals of winning the league as well. Both these things go hand in hand,” a confident Tiago said to i-league.org.

This being his first season with the Snow Leopards, Tiago feels the warm reception that he has received at Real Kashmir has helped him adapt quickly to the new club. “I adapted to the club quickly and very easily. I was very well received by everyone in the club and I was extremely happy with that,” said the forward. 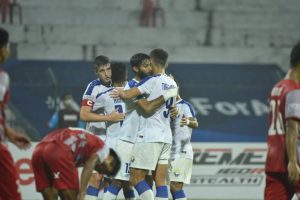 After having spent almost his entire career in Brazil to date, the 33-year-old felt motivated to take up a new challenge in India, something that will perhaps help him gain a better understanding of a different culture in both football and in life.

“I am a person who is motivated by new challenges and playing in India was one of them. I wanted to know about football in India and that motivated me to come here. I also wanted to understand new cultures and India is one of the best places for that,” he quipped.

The 1.90-meter striker was pleased with the result that his team achieved in the opening game of the season, and will be looking to pick up right from where he left off, saying, “It was a very good experience for the entire team, gaining all three points against a well-trained team in Aizawl FC. We also came up against fellow Hero I-League side Sreenidi Deccan FC in the IFA Shield final, and it helped us a lot to understand their philosophy and style of play. We are confident going ahead of the restart,” said Tiago. 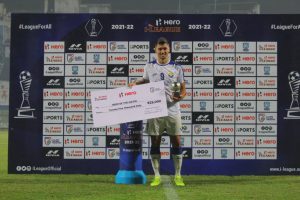 Predominantly a striker, Tiago is a physical forward and an excellent passer of the ball. However, he knows and wants to make sure that he can contribute to the team in every manner possible. “Being an attacker is not just about being a good finisher in the box anymore, you have to sacrifice for the team and help out. You need to be able to take up different positions during the game as is mandated by the coach,” averred Tiago.

The Brazilian also has full faith in his coach David Robertson, describing him as ‘one of the best in the league’. “Our coach is undoubtedly one of the best in the league. I am learning a lot from him every day in training, and I hope to repay him by scoring goals on the field.” He continued, “We have a very good and very communicative relationship. Since my first day here in India, the coach has helped me a lot.”

Adan has been with Real Kashmir for just about half a season and has already won the IFA Shield, defeating fellow Hero I-League side Sreenidi Deccan in the final. The attacker believes that his club possesses everything to win the Hero I-League title. “The team certainly has the potential to seek the title; we just need to be focused on every match.” He continued, “This year, we will do everything to become champions of the Hero I-League!”Real Kashmir will resume their campaign against recently promoted Kenkre FC on March 4, 2022.