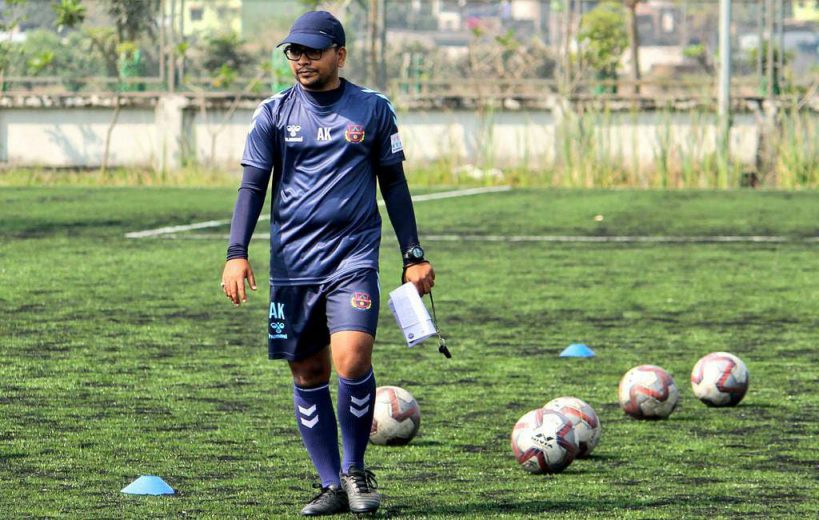 Kenkre FC Head coach Akhil Kothari believes that the team is improving with every passing match and is hopeful for a finish in the championship stage.

Following a poor run of form till now in their maiden I-League campaign, Kenkre FC head coach is now eyeing better performance and expects the team to work at full strength for the remainder of the campaign.

The Mumbai-based team suffered four consecutive losses after a draw in the opening match in the Hero I-League but is ready to give it all again this Friday when they take on another newcomer Rajasthan United FC.

Kenkre sits at the bottom of the table with just one point after five matches. There are now seven matches left to decide the team’s fate with regards to the championship phase and they will be looking forward to reinvigorating their season starting from the next match against Rajasthan United.

After a fourth consecutive defeat, Kenkre FC boss is still optimistic about the progress he sees. He said, “We have been making progress game by game from day one. The mood in the camp is still positive and we learn something new after every match.”

Although Kenkre has lost four of their opening five matches, they can still hold their heads high after a solid performance against the mighty Mohammedan Sporting Club. Akhil Kothari lauded the performance. “The boys did well against Mohammedan. I think we deserved at least a point but we were unlucky. I am overwhelmed by the fighting spirit of this bunch”, averred the Kenkre head coach. 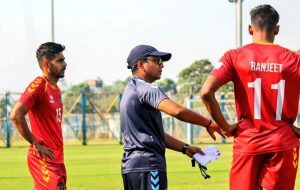 In the five matches, Kenkre FC faced three major title contenders for this season and the other two clubs have bags full of I-League playing experience. Compared to the opponent they’ve faced so far, they are the “new boys” in the big league. Coach Kothari expressed, “We are newcomers to the league and we also have a team which is a good mix of youngsters and players who have experience of playing in the I-League before. Yes, we have lost 4 out of 5 matches, but I am proud of my team and the way they performed against Real Kashmir and Mohammedan SC. There is a learning curve for everyone in the team and with each passing day we are working hard to improve ourselves for the next match.”

On the upcoming match against Rajasthan United, the Kenkre FC head coach sounded optimistic and said, “We have faced them in the I-League qualifiers in Bengaluru and we know what a good team they are, but like us, they are new to the competition as well. We have studied them thoroughly and I hope the team sticks to the plan and does better when we face them.”

The match between Kenkre FC and Rajasthan United FC will kick off at 3:00 PM on Friday, March 25, and will be live on OneSports.