Halfway through the season, we take a look at the Top 5 Indian players who can make their case for the national team.

The second half of the ISL 2021-22 season began earlier this month. while the recent games have been facing covid delays, first half saw some real untapped talents show case their skills. Players who can stake their claim in the national setup. 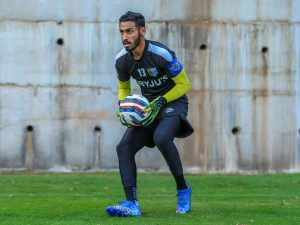 In the season of poor defensive record and silly errors from defense, Prabhsukhan Gill has been a revelation for Kerala blasters and one of the prime reasons for their resurgence. The Ludhiana-born goalkeeper represented India in the 2017 FIFA U-17 World Cup and has shown glimpses of his talent over the years. The 21-year-old joined Kerala Blasters in 2020 from their southern rivals Bengaluru FC on a 2-year deal. Gill has been brilliant between the sticks for Kerala Blasters with 4 clean sheets in 8 matches. He is currently the front runner in the Golden Glove race and has been instrumental in taking Kerala Blasters to the top.

The former I-League winner with Mohun Bagan joined Northeast United in 2020 and is their best Indian player this season. Northeast United struggled to revive their form from last season but Suhair has developed himself and improved his performance. The forward has been involved in five goals for the Highlanders this season as he scored three goals and assisted twice. 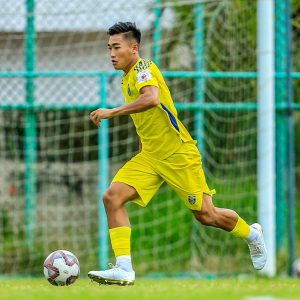 Hormipam is a Manipur-born defender and a product of Minerva Academy. In 2021, he joined Kerala Blasters from RG Punjab FC. He had an outstanding debut against defending champions Mumbai City FC and made an immediate impact winning every duels. Ruivah has become a regular name in the lineup since then and has helped his side keep 4 clean sheets. He has had 19 tackles, 16 interceptions as well as 36 clearances in the 5 games that he has featured so far. 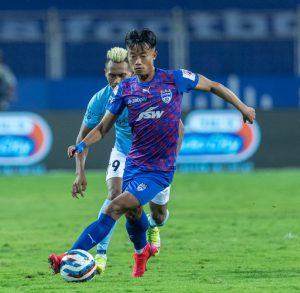 Bengaluru FC did not have a good start in this year’s ISL. The former champions are ranked 7th in the table. Their key players have not done much this season so far but Roshan has been the “finding of the season” for the Blues. The full-back has 5 assists from 9 matches and is the leading defender with the most assists this season. Despite a rather underwhelming season from Northeast United, midfielder Imran Khan has been a revelation for the Highlanders. Imran has been a top creator for NorthEast United this season. The Manipur-born midfielder joined Northeast United from I-League outfit NEROCA FC in 2020 and has taken the role of injured midfielder and club favorite Federico Gallego. This season, Imran has 79% passing accuracy per game. The 26-year-old has created 4 big chances and has 3 assists to his name.