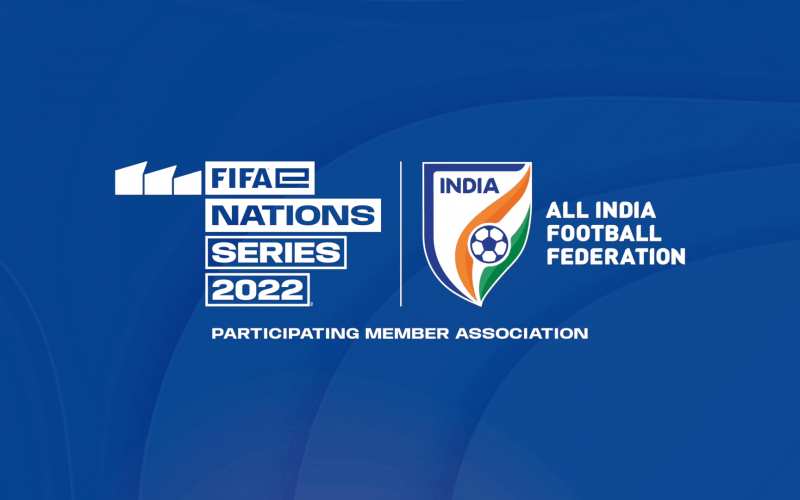 The pandemic over the last couple of years had brought forward a new development with India making a mark in the world with its ability in the eSports domain.

As of February 4, 2022, India ranks among the top 20 nations in the world (19th) in the FIFAe Nations Series Ranking, beating heavyweights like Spain, Belgium, and the United States of America among many others.

The mission of the new eFootball project was to identify and develop the football gaming talents in the country as well as to promote fan engagement in the Indian football community through eSports.

To facilitate the selection process for the FIFAe National Squad which would represent India at the FIFAe Nations Series 2021, AIFF decided to host a National Qualifying Tournament – the AIFF eFootball Challenge.

The first-ever AIFF eFootball Challenge was an online Tournament for individual gamer Athletes, which was played on the PlayStation platform using the EA SPORTS FIFA 21 game. The top 16 eAthletes of the country were invited to participate in the tournament based on the FIFAe Global Series Rankings (West Asia Region).

The AIFF eFootball Challenge 2021 resulted in four eAthletes coming out on top. Charanjot Singh from Chandigarh was crowned the champion of the tournament with Vignesh Balaji from Chennai finishing as the runners-up.

The two finalists along with the losing semi-finalists, Siddh Chandarana and Lokmanyu Chaturvedi, were registered with FIFA as India’s first-ever FIFAe National Squad for FIFAe Nations Series 2021. India ended the 2021 FIFAe Season with a Ranking of 22 globally as per the FIFAe Nations Ranking. Chaturvedi, who also hosts regular shows and live streaming of games on the AIFF Twitch platform, has praised the federation for their support.

“Ever since the AIFF has ventured into this field, they have helped us get the best facilities and exposure to focus purely on the game and make the country proud on the global stage,” he said.

The development in eSports has not stopped here for India. The Hero Indian Super League (Hero ISL) in collaboration with EA SPORTS™ became the country’s first major sports league to venture into competitive gaming after they announced the launch of eISL. New Indian eAthletes are grabbing headlines frequently and making the country proud.