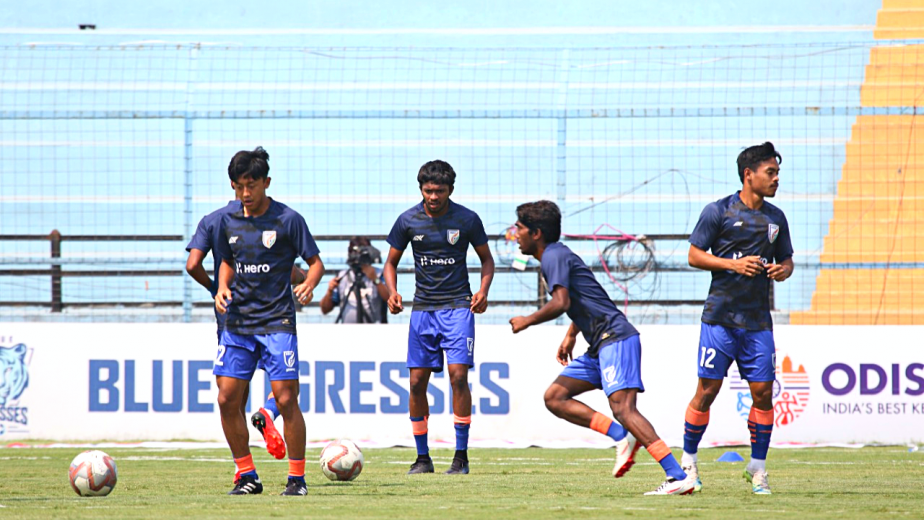 Gameweek 7 kicks off with a clash between the young guns of Indian Arrows and the in-form Sreenidi Deccan FC at the Naihati Stadium on March 24th at 3:00 PM.

After picking up four points in their first two games, Indian Arrows have had a tough time with two losses in the last three which has seen them drop to 10th in the table. Shanmugam Venkatesh’s boys were beaten 2-0 by Aizawl FC last time out, which marked their third straight match where they failed to score.

Venkatesh was, however, quick to take the positives from the encounter. “The first 45 minutes were the best we have played in the last four games. I can see the players’ progression. I’m also happy with their positioning on the pitch.”

“We would like to continue with maintaining possession and good passing. It’s only in the attacking third where we are lacking. We need to score more,” he added.

Midfielder Harsh Patre expects a difficult challenge from Sreenidi Deccan. “They are a very good team with a good mix of Indians and foreigners. But we’re confident and want to play quality football and grab some points.”

Newcomers Sreenidi Deccan are starting to find their feet in the Hero I-League with two wins on the bounce. They also picked up an elusive first clean sheet of the season in the 1-0 victory over Sudeva Delhi on Sunday.

Despite the win, coach Fernando Santiago Varela wasn’t fully satisfied. “We have the capacity to control the game better. I’m not a coach who just looks at the results. I want the players to get better and improve their game,” he said.

Varela affirmed that his side cannot afford to be complacent against Indian Arrows. “We await a tough match against coach Venkatesh’s side. I don’t take them lightly. Arrows are improving every year. They show a lot of attacking intent so we have to take care of that.”

In defence, Sreenidi captain Soraisham Dinesh Singh has formed a strong partnership with the foreign pairing of Mohammed Awal and Hamza Kheir. “We communicate well at the back and take tips from them. I really enjoy playing with them,” said Dinesh.

Also Read: No Telecast for India’s International Friendlies against Bahrain and Belarus