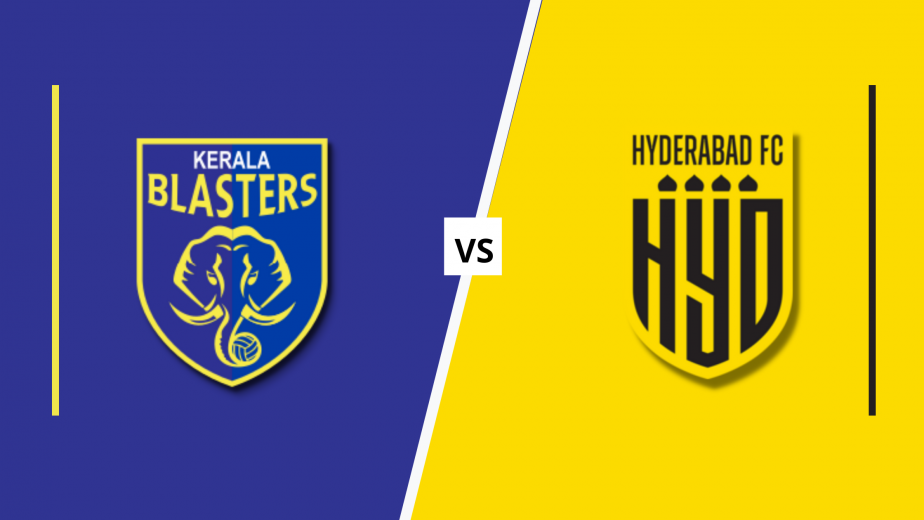 Kerala Blasters will look to re-enter the top four positions but against Hyderabad FC they will face a resolute test when the two sides meet in the 2021-22 Hero Indian Super League at the Tilak Maidan Stadium on Sunday.

Kerala played out two draws in their last two encounters and are now in the fifth spot with 14 points from nine games. A win on the morrow will take them to the top four but second-placed Hyderabad will want to keep snapping at league leaders Mumbai City FC’s heels and therefore they are expected to come hard at Kerala.

Kerala have just lost one game so far and at the heart of their eight-game unbeaten run is Adrian Luna who has been brilliant so far. Luna scored a goal and provided an assist in Kerala’s 2-2 draw against FC Goa. Luna scored a stunning goal to make it two for him this season and head coach Ivan Vukomanović will hope the Spaniard continues his purple patch.

“All the game depends on momentum. How you start how you go through the game. You can be good when you are fully focused and concentrated on your task. And that’s what this fleet is doing. We have seen that anybody can beat anyone in this league,” Vukomanovic said ahead of the encounter.

Hyderabad, also on an eight-game unbeaten run, have looked very impressive this season with their defence showing a lot of grit and in Bartholomew Ogbeche they have a striker who just can’t stop scoring. Ogbeche is the third leading goal scorer in Hero ISL history with 44 goals. He is now 4 goals shy of the all-time record held by Ferran Corominas, who scored 48 goals in 57 matches for FC Goa.

Since joining Hyderabad, Ogbeche has scored nine league goals in nine games. He is the current leading goal scorer of the 21-22 Hero ISL. The Nigerian has scored a goal in 7 different league games this season.

“I like Kerala Blasters’ style of football and their coach. Their three offensive foreign players have become dangerous along with very good Indian players. It will be a very difficult game for both teams,” Manolo Marquez said.