I want my team to carry a brave attitude on the pitch tomorrow, says Head Coach Igor Stimac 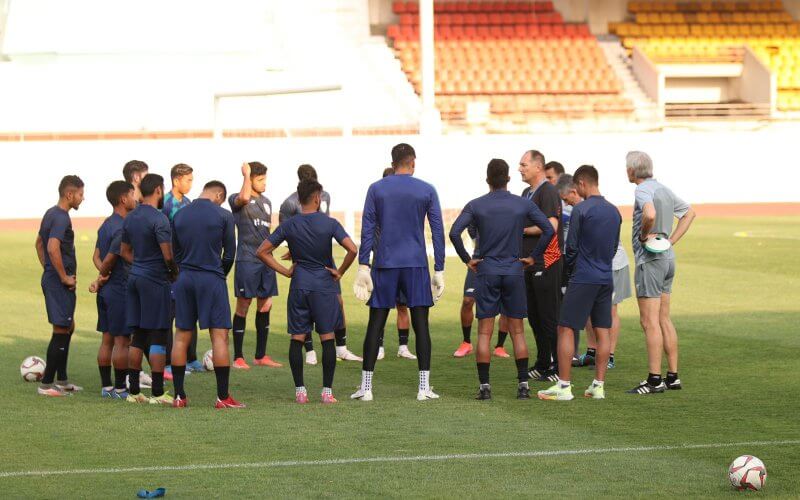 A day prior to the kickoff to India’s campaign in the two international friendlies against Bahrain and Belarus, Indian National Team Head Coach believe that the team will carry forward a “brave attitude” in the match against Bahrain on Wednesday, March 2022. The match will kick off at 9:30PM IST.

Head Coach Igor Stimac has added seven new faces ahead of the friendlies – Prabhsukhan Gill, Hormipam Ruivah, Anwar Ali, Roshan Singh, VP Suhair, Danish Farooq, and Aniket Yadav. Keeping the selection on his mind, he said on the eve of the match,” I want give these boys the opportunity to play against good opponents and I expect them to carry a brave attitude tomorrow once they are on the pitch.”

“I will try to put my best starting eleven with some new faces and want to see how they do against higher-ranked teams and later can assess them for the Qualifiers in June,” he continued.

On being asked about the selection of the team, Stimac said, “It’s been quite a difficult season but it was exciting at the same time. I had to make sure that half of the Indian players in the Hero ISL this season were on my list. There were other players who performed well but due to injuries, I did not want to take the risk of calling them here.”

Sunil Chhetri has been ruled out of the two friendlies due to an injury, but Coach Stimac thinks it is the best time for the younger ones to prove themselves.

“We have Manvir, Liston and Rahim as strikers in place of Sunil. But the whole team should replace him. I expect these players to take up more responsibility and create more chances as Sunil is not here with us,” he stated. 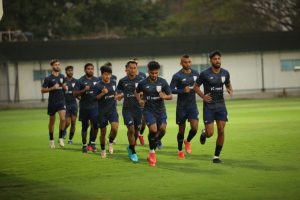 The international friendlies are a part of the team’s preparation for the Final Round of the AFC Asian Cup China 2023 Qualifiers, which will be held in Kolkata June 8 onwards. India have been clubbed in Group D along with Hong Kong, Afghanistan and Cambodia. 24 teams have been divided into six groups, and the group winners, along with the five best second-placed teams will earn a ticket to the AFC Asian Cup in China.

“For any sportsperson, it’s the greatest honour to represent the country. The national team call up acts as a motivation for me and I always take every call-up as I did my first one,” Sandesh Jhingan stated ahead of the match.

On thoughts of playing these friendlies, Sandesh said, “I think, it’s a good thing we are playing these important games. It will be a learning factor for everyone in the team as Bahrain and Belarus are both very good opponents.” 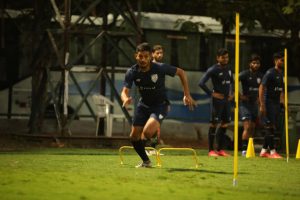 “These games will give us a chance to get the system working. We did not have many games last season due to COVID and I am thankful to the Bahrain Federation for arranging these games in tough times,” he continued.

Sandesh is back in the national team camp after a year, having recovered from an injury. He then went to Croatia to play in a top- division club called HNK Sibenik. After his stint in Croatia, he joined ATK Mohun Bagan in the Hero ISL this season.

Sandesh was an integral part of the Blue Tigers setup when India last played Bahrain in 2019. Reliving the memories, he said, “I think the last game against Bahrain was a heart-breaking one for every Indian, but that’s football. For me, I should have done more that day. But now that we are facing them again, we will do our best and get better for sure.”

Head coach Stimac was also all praises for the leader that Sandesh is. “He is a great player and getting better every day. His leadership is always there on the pitch. Sandesh has improved his passing game and I think he is much better player than he was before,” he averred.

“All the youngsters those who are coming through, are so well headed, its makes my job easier. Whatever I have learnt on my journey, I try to pass it to them, they are in the right space. I always try to be a good example and a good friend. I try to help them with my words. Words can make a lot of difference,” Sandesh said.