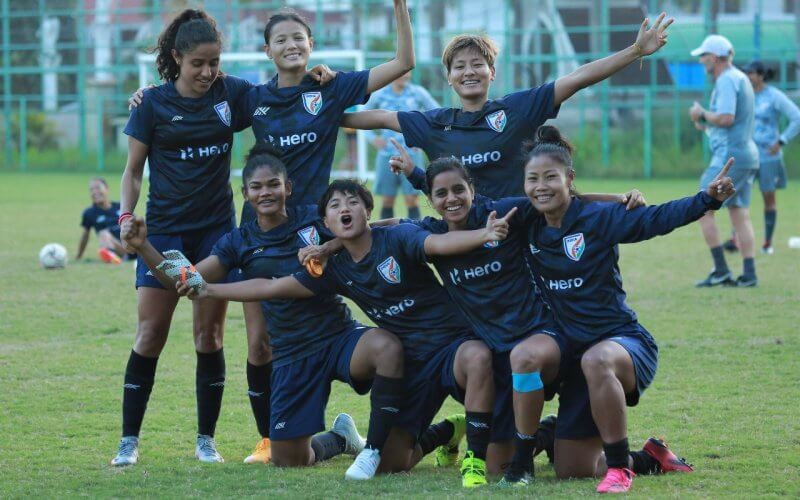 MUMBAI: As the Blue Tigresses gear up to take on IR Iran in their opening encounter of the AFC Women’s Asian Cup India 2022 on Wednesday (January 20), Indian Senior Women’s National Team Head Coach Thomas Dennerby wants the girls to play “together as a unit.”

In the official pre-match press conference held earlier today (Tuesday, January 18, 2022 — two days prior to the kick-off), Dennerby averred: “Since I have taken charge the focus has been to play together as a unit — knowing how, and when to press. We have reduced the number of long balls, and are now focusing on playing through the middle to penetrate.”

India has been drawn against IR Iran (January 20), Chinese Taipei (January 23), and China PR (January 26) in Group A of the competition that consists of 12 teams. The top two from each of the three groups, along with the two best second-placed teams from the groups will make it to the quarterfinals.

“The Iran game is going to be tough. We know that they are fighters with a strong defence, playing a low block which will be a challenge for us to score,” said Dennerby. “But I am confident we will be able to create chances. We need to perform well to win.” 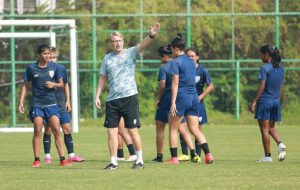 “We are happy with the preparations as we have been working hard for a long time. We have spent a long time working together with more than 200 sessions — tactical, technical, physical. We feel we are ready,” the Head Coach added. “Our target is to qualify for the quarterfinals, and we think it’s a realistic target.”

Captain Ashalata Devi who was also present at the official press conference shared her views on the team bonding, which she stressed has “grown immensely playing in the international friendly matches.”

“We got the opportunity to play against such higher-ranked teams last year which has helped the entire team to grow and learn a lot. The opponents were exceptional technical sides, and it was challenging for us to match them — both physically and mentally. That has improved us a lot as a team in our preparation ahead of the Asian Cup,” she stated. 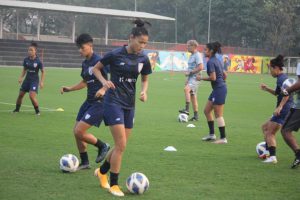 The Blue Tigresses had travelled to 6 different countries in 2021 for exposure tours to prepare for the AFC Women’s Asian Cup India 2022 which included exposure tours to Brazil, Sweden, Turkey, Uzbekistan, Bahrain, and the UAE. The women have also been in preparatory camps under Dennerby since August 2021 in Jamshedpur, and have been training in Kochi since the first week of December 2021. The team landed in Mumbai on January 13, 2022, and started training the next day onwards.

“We will try to stay relaxed and focused. The players are in good shape, and they are confident. In the end, it is a football game and that is what these girls are good at,” expressed Dennerby.

Meanwhile, Ashalata dismissed notions of any pressure on the girls. “There is no pressure on us. Going into any tournament, excitement and pressure are normal. We understand that there won’t be fans in the stands, but we are equally excited to play in a tournament on our home ground,” she quipped. 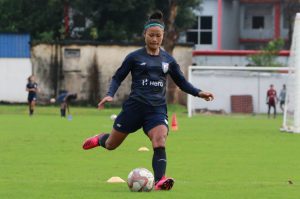 “The Asian Cup will be a very big challenge for me and my team, as it will create a good hotspot for women’s football in the country. We want to give our best and reach the quarterfinals, to keep alive our chances for a berth in the FIFA World Cup 2023.”

The Blue Tigresses have been getting a lot of support from the fans ahead of the tournament and the captain feels happy to see such support for women’s football in the country.

“When we landed in Mumbai, we saw banners, pictures all over the city on our way to the official team hotel. We were excited and happy. It was a surreal feeling to see my banner splashed over on the hoardings,” she smiled. “I expressed my feelings to my teammates, and everyone wanted to play our first match right away. I just want to ask them to keep supporting us, and we will keep working hard.”

“If we have a successful tournament, it will have a huge impact on the future,” Dennerby maintained. “It’s a big country and being successful will only increase the number of players at all levels, from grassroots to senior.”

The kick-off against IR Iran on January 20, 2022, is at IST 7.30 pm at DY Patil Stadium, Mumbai, and will be broadcast live on Eurosport and streamed live on Jio TV.