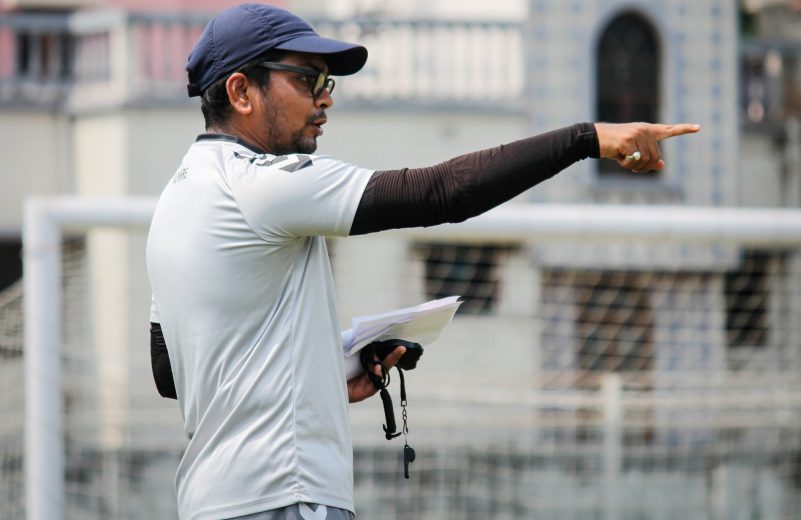 After a bottom-placed finish in the first phase, Kenkre FC head coach Akhil Kothari is optimistic about survival in the second.

Relegation is a major threat for Kenkre FC but improvement in the second half of Phase-1 could prompt the boys from Mumbai to avoid relegation.

Over the course of phase I, Kenkre conceded 24 goals and scored 6, and finished at the bottom with only 2 points. Despite the poor finish in the league, Kenkre showed tremendous determination in 4–5 matches but were unlucky not to actually get results in those matches. Against Mohammedan SC, Rajasthan United, and Sudeva Delhi FC; Kenkre FC put up a good fight and did well but were unlucky.

Out of 6 goals scored by the team, Ranjeet Pandre scored two, and along with that, he assisted once as well. Apart from Ranjeet, Vijay, Lester, and Akeraj were the ones who registered their names on the scoresheet. Vijay and Lester also bagged one assist each.

“After a disappointing start to our maiden Hero I-League, the boys did well in the later stage but we are really unlucky to have finished at the bottom. Silly errors in the league have cost us and we are working on them in every training session and I hope we can reduce those silly errors in the business end of the competition”, said head coach Akhil Kothari.

He further added, “All the matches in the second phase are vital for us and every match will be like a final. I have faith in my players and I have been impressed with the performance of the bunch towards the end of Phase One.”

Talking about the upcoming match against Sudeva, Akhil expressed, “In the last match against Sudeva, we were the better side. We dominated the game but could not take advantage of the chances we created. The boys are working on the flaws of that match and I hope our forward can find the back of the nets regularly not only in the upcoming game but throughout Phase Two as well.”

“If we get our first win in Second Phase, it will give us the confidence to get more wins”, concluded the Kenkre boss.