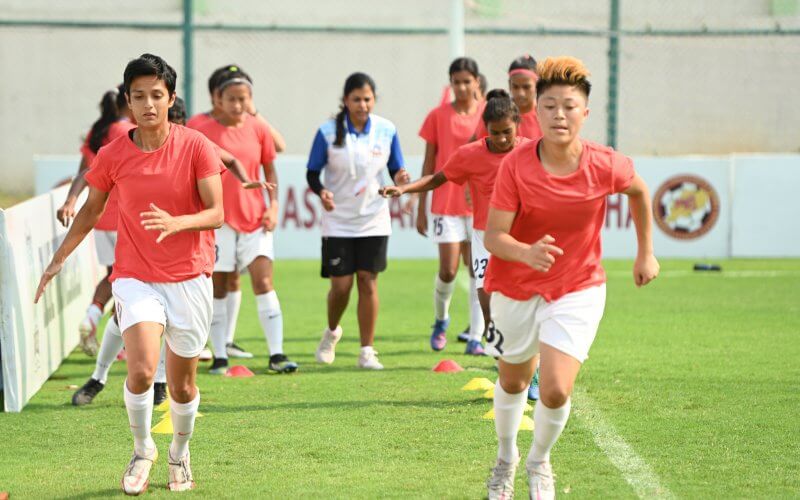 Still in search of their first win of the Hero Indian Women’s League 2022 season, Hans Women FC faces Kickstart FC at the Kalinga Stadium in Bhubaneswar on Monday, May 9,2022.

“It will be a crucial game for us,” began Hans Women Head Coach Darshana Sanas, as she opened up ahead of Monday’s clash. “We will be facing one of the most experienced teams in this tournament, hence this game defines the real ability in our side to play under such pressure.”

In addition, Sanas also provided her take on Hans Women’s Hero IWL season so far. “Being a coach of a young team, we need to accept the flaws or errors of the team and work on each and every technical and tactical part.”

“There is no singular area which we want to improve, at this stage of the tournament many aspects of the play need brushing and some clarity. Even some experiments are needed as now it’s a do-or-die situation for us,” she added.

Elsewhere, Kickstart FC Head Coach Amrutha quoted, “Hans Women are a good side and of course, we have to put more effort to win the match with a high margin of goals.”

Before concluding, she added, “In the last match against SSB Women, our girls performed well and we need to keep that winning momentum.”