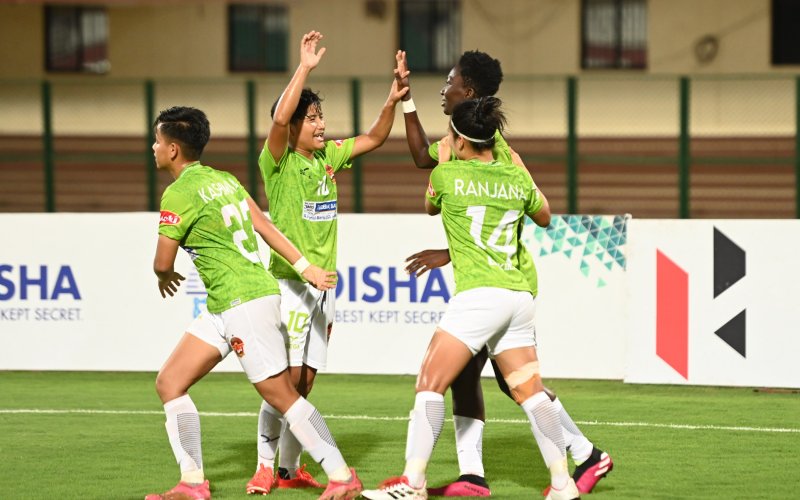 Gokulam Kerala FC maintain their winning streak as they bagged a 2-0 victory against a resilient SSB Women’s FC on Tuesday, April 19, 2022 at the Kalinga Stadium in the Hero Indian Women’s League.

Gokulam Kerala FC had a fine start to the game, orchestrating attacks on the SSB area. Manisha came closest to scoring as she turned a rebounded cross wide of the target on the 19th minute.

Manisha continued to display her class from the very first moment of the game as she kept on creating chances. Gokulam was quite sharp in their attack but just lacked in the finishing.

SSB custodian Manju turned out to be the saviour as she denied waves of attack from Gokulam. 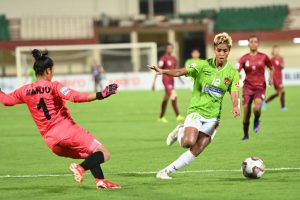 Till the hour mark, SSB came up with a resilient display before conceding finally on the 57th minute. Elshaddai came up as a substitute and made an immediate impact as she barged into the box and dinked it over goalkeeper Manju to break the deadlock.

Thereafter, Gokulam continued to create a number of chances, relying on Elshaddai. But the Ghanian got herself into too many offside traps.

Gokulam left it late to secure the three points, as Soumya Guguloth soared into the opposition box and sent in a low cross that was tapped in by Dangmei Grace in injury time.

With that goal, Gokulam secured their second consecutive win and move on to six points on the Hero IWL table.