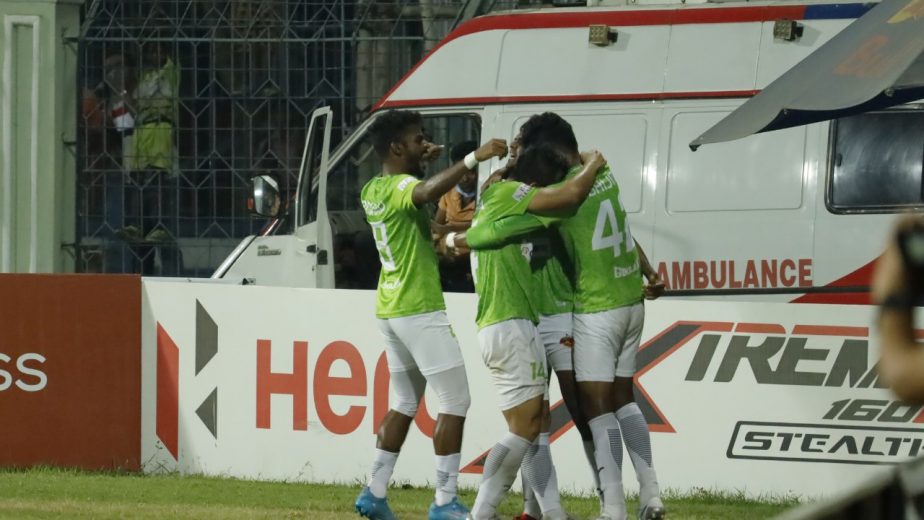 Phase 2 of the Hero I-League is already underway and along with that, came a glut of goals. Across the six matches, 16 goals were scored, and there was plenty of entertainment for the fans as they were welcomed back into the stadiums after a long time.

However, it was Gokulam Kerala FC who stole all the headlines in this Gameweek. With their 2-0 win against RoundGlass Punjab FC, they have now broken the record formerly set by Churchill Brothers FC Goa for most unbeaten games in the Hero I-League, which lasted 17 games.

After the match, we had the chance to catch up with Gokulam Kerala FC head coach Vincenzo Alberto Annese, who has been the mastermind behind their title win last season, and for setting themselves up in pole position to defend their crown. Delighted after breaking the record, coach Annese said, “It is of course a great feeling to break this record. However, this is our sixth consecutive win in the Hero I-League as well, and it is a very important one for us.” 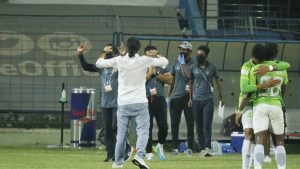 Mohammedan SC dropped points in their most recent game, which means Gokulam Kerala FC have extended their lead at the top of the table by six points. When asked about his thoughts on whether his team are now in pole position to win the Hero I-League, coach Annese was quick to suggest that he is not looking any further than the next game. “I do not think about becoming champions, my only aim is to win the next game against Churchill Brothers FC Goa.” 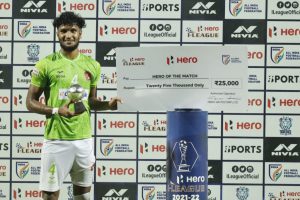 When we asked coach Annese to describe his team in just one word, this is what he had to say, “Sacrifice and commitment! Winning against each team in India is very tough, but when you commit yourself to the team, nobody can stop you! When you live with this mentality, the results will also follow. I believe so much in this group of players and the hard work they have done together,” said coach Annese.

Gokulam Kerala FC will have a well-deserved rest in the next Gameweek, following which they will return to action on 30 April 2022 against Churchill Brothers FC Goa.