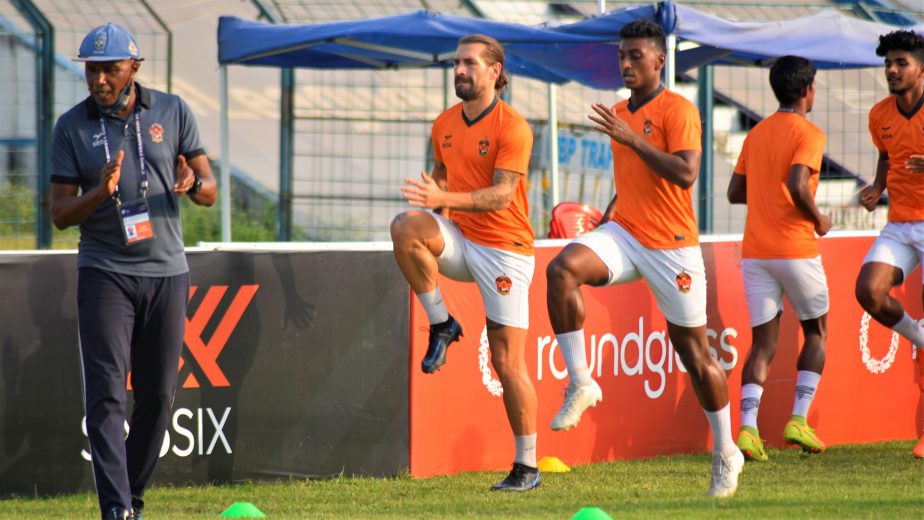 Defending champions Gokulam Kerala FC and RoundGlass Punjab FC lock horns in the Championship Stage of the Hero I-League 2021-22 just three days after they met in a 3-1 win for the Malabarians. The game will take place at the Kalyani Municipal Stadium at 5.05 PM on Saturday, April 23, 2022.

Gokulam Kerala head coach Vincenzo Annese understands the importance of the next matches. “The last game was a high-intensity game. The players are recovering well. We have to be focused on all aspects. In this round, each team can fight for the title. We will take it one match at a time,” he said.

The current top scorer in the Hero I-League Luka Majcen feels the boys have gelled together and are looking forward to the championship round. “In this season, I wanted to compete with myself. This is all on the side and in the case of Phase 2, nothing changes as we are playing the same opponents we faced earlier.  With each match, we faced different situations that suggest we can adapt to any situation,” the striker mentioned.

Meanwhile, Annese admits that the opponents can put them into difficult situations. “They have quality players. One of their main players, Beitia, always likes to control the game. We have to be responsible. We have to be focused physically and mentally to play against such opposition,” he concluded.

On the other hand, RoundGlass Punjab FC head coach Ed Engelkes wants to approach every game as a final. “We have played only six matches since I took over. We have had good results but are at the beginning stage of the development. We have to be better in the upcoming games and we want to take each match as a final,” he said.

Goalkeeper Jaspreet Singh accompanied the coach in the pre-match press conference. “Coaches and players gave me the confidence to play better. Our performance was good in the last few matches. The result didn’t go in our favour. We are working hard and ready for the upcoming important games,” he said.

Engelkes wants to use the rematch as an advantage. “We discussed it with the players. We have to be better. We know everything that we need to do. Players need to use it as an advantage.  We are playing the same opponents. It’s a good challenge. We are prepared and looking forward to the game,” he concluded.