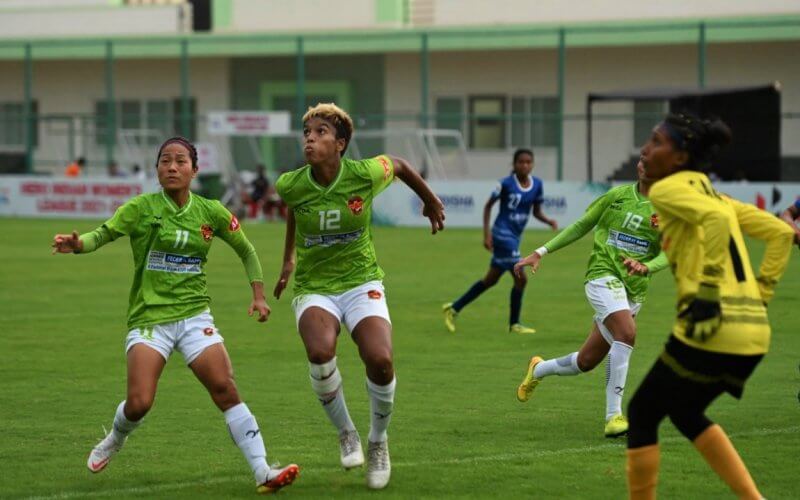 Odisha Police began the game positively and held their defence strongly against a barrage of Gokulam Kerala attacks. However, the defending champions eventually found a breakthrough in the 17th minute via Manisha Kalyan who poked the ball past goalkeeper Sanjukta Tirkey to open the scoring.

In the 24th minute, Manisha scored another from close range to make it 2-0.

Immediately after the restart, Myanmar international Win Tun with her sheer pace rounded the Odisha Police goalkeeper to make it 3-0, handing complete charge of the game to Gokulam.

Meanwhile, Manisha went on to net her third at the half-hour mark from a Soumya Guguloth assist. In a quick-fire addition, Dangmei Grace scored from a tap-in before Kalyan made it 6-0 right before the half-time whistle.

Changing over, GKFC added a seventh through a Madhusmita own goal in the 47th minute. Substitute Elshaddai put up an electric performance after coming on — as she found the back of the 62nd minute, before unselfishly letting young sensation Karishma Shirvoikar score in the 76th minute.

Ranjana Chanu, too, hopped on to score after finding the back of the net with a solo finish.

On the other hand, in red-hot form, Manisha Kalyan scored her fifth with an equally brilliant assist from Dalima Chhibber, and then Elshaddai sealed the fate of the match in the 85th minute to make it 12-0.