Edu Bedia: Have to keep better focus to compete with the best in ISL 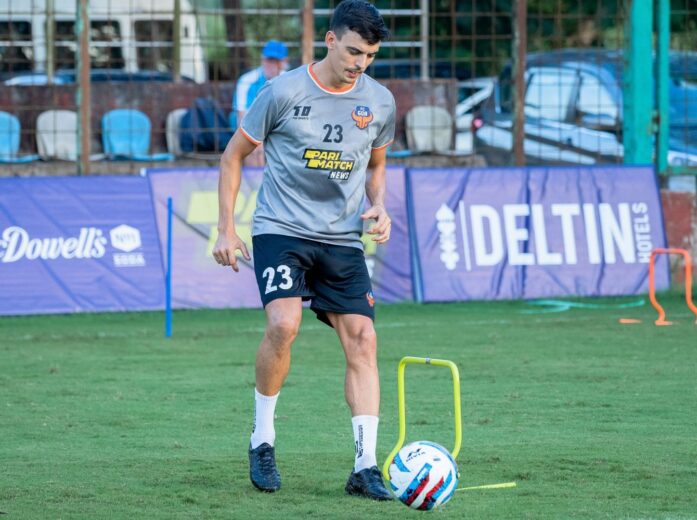 Goa, December 18, 2022: Quite like most of his time with FC Goa, midfielder Edu Bedia has made an impact to the Gaurs’ season. The Spaniard reminded everyone of his prowess in their campaign opener itself with an injury-time goal that handed the team the right start they were looking for. He rose to the occasion once again on Saturday, netting the 12th Indian Super League (ISL) goal of his career and helping Carlos Peña’s men build on the momentum from last week’s win over Odisha.

His strike helped the Gaurs register their sixth victory of the season against NorthEast United, thereby taking them to fifth place in the standings with 18 points. To put things in perspective, the Men in Orange are only halfway into their campaign and are just one point shy of what they managed the whole of last season.

“I know they (NEUFC) are going through tough times, but they’re a good side just like every other team in this league. They gave us a tough fight, and are surely going to start winning matches soon,” the Spaniard said following Saturday night’s win.

“We did well in parts against them, but could have done much better. We lost focus before the final whistle, as a result of which we lost what could have been our fifth clean sheet this season.

“Focus is important, because only then can we compete for the top honours. We have important matches coming up, and we hope to take forward the learnings from today and secure more points.”

Despite conceding two early goals, Goa’s opponents NorthEast United held their own with good resolve and also managed to pull one back in injury time.

“This was an important result. Previously, we were struggling in terms of consistency where we would win a game but lose the next, and so on. We’ve now won two matches on the bounce – it shows we’re on the right track but there’s plenty of room for improvement as well,”  Edu added.

‘We need to be on our best levels throughout the game’

Speaking at the post-match press conference, FC Goa head coach Carlos Pena reinstated the need to be more consistent in game. And while he was happy with the result, he voiced that the Gaurs need to up their levels in terms of performance.

“We need to be on our best levels during more minutes in the game. Today, for example, we played brilliantly for the first 30 minutes and for the rest of the 60 minutes we were not so good. We didn’t get punished today, but the same will not be the case every day,” he said.

“Regardless, I think we are in a good position. All the teams are very close with points tied up in fourth, fifth and sixth position. It’s now time to think about the next game and to keep moving forward,” the 38-year-old concluded.