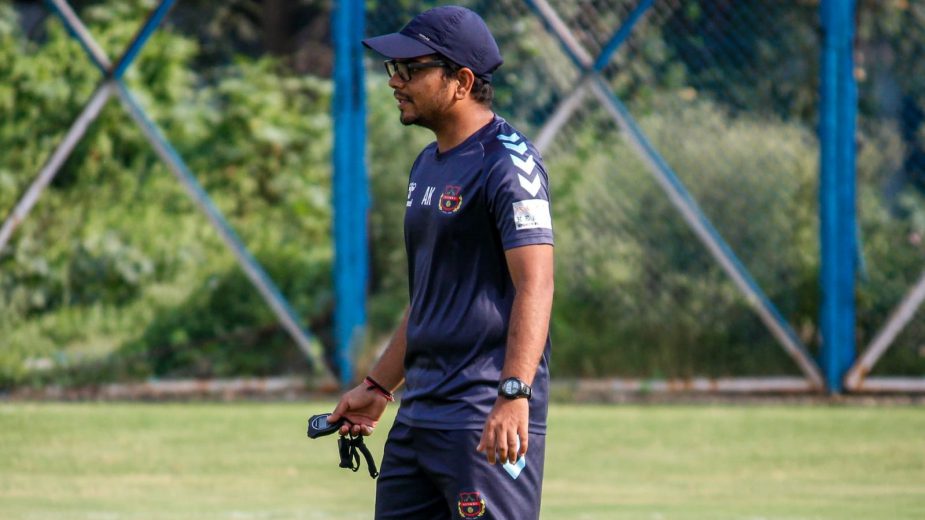 On Friday, Kenkre registered a resounding 3-0 win over Sudeva Delhi FC in their opening match of the second phase of the ongoing Hero I-League campaign.

Notably, Akhil feels that the team showed great character against the side from the Capital and won by keeping a clean sheet. Kenkre earned the win courtesy of 3 goals from Akeraj, Vijay & Khongsit in the second half.

“I am very happy with the way the boys played. They were determined to change everyone’s perspective on the team and with a sweeping victory, they proved that hard work always pays off”, a happy boss stated.

He further added, “The boys are always giving their 100% in training and the continuous improvement in the last 6-7 games helped the boys get our first win in the Hero I-League. I personally think we could have got 2 more goals. In the first half, Ranjeet was everywhere in the attacking third and was really unlucky for not scoring. Akeraj, Vijay, and Khongsit used their wisdom and pace in outwitting the opposition defense at the appropriate time to ensure victory for us.”

Regarding the upcoming match against Aizawl, Akhil feels that the team has enough talent to win and consolidate the team’s position in the league table. “I think last time we did well against Aizawl. We lost to them by just one goal. We did well in that game and I believe we can do well tomorrow as well. After the win versus Sudeva, the boys are hungry for more and I am sure that win would encourage the boys to get another 3 points tomorrow”, he concluded.

Jamshedpur romp to 5-1 win over Goa; Bengaluru complete hattrick of wins
West Bengal cruise past Rajasthan to qualify for semi-finals