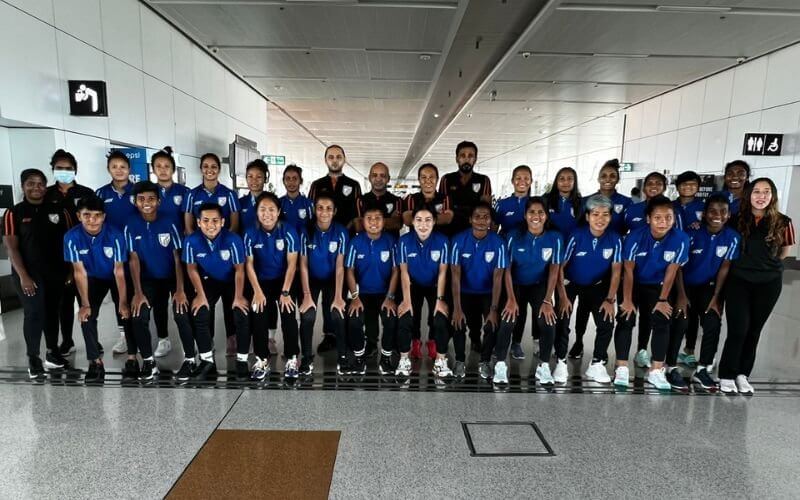 NEW DELHI: The defending champions, Indian Senior Women’s National Team has arrived in Kathmandu, today (Saturday, September 3, 2022) for the SAFF Women’s Championship, which kicks-off on September 6. The Blue Tigresses have been clubbed in Group A alongside Pakistan, Maldives and Bangladesh.

“The players are aware of the challenges and we hope to put up a strong performance. The mix of seniors and the younger ones will surely help us to achieve the target”, said Head Coach Suren Chettri.
India face Pakistan on September 7, followed by Maldives on September 10 and Bangladesh on September 13. All matches will be played at the Dashrath Stadium, Kathmandu, Nepal.

The squad travelled to Kathmandu after a brief camp in Pune. Dangmei Grace has also joined the team from Uzbekistan, where she is plying her trade with FC Nasaf Qarshi.

The 23-players squad is as follows-