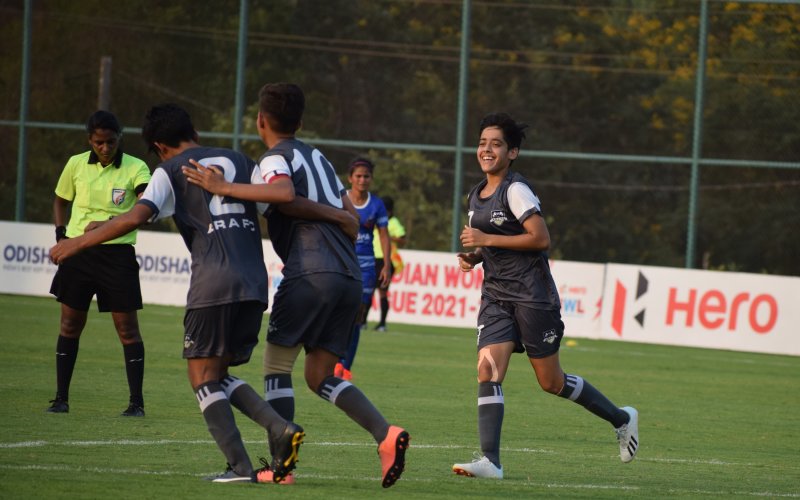 Both teams left it late in the second half to score, as defender Poonam, captain Kiran, and substitute Madhubala netted for ARA FC, while Suman Pragyana was the only scorer for Odisha Police.

ARA FC had a dominant start to the game, as Anju and midfielder Poonam orchestrated attacks along the opposition third, keeping the Odisha Police defenders on their toes. Odisha soaked in the pressure well as they collected the loose balls and went on sharp counterattacks.

Ahead of the halftime breather, both sides created chances but lacked finishing in the attacking sphere as they headed into the tunnel.

Both sides looked rejuvenated after the break, and the game opened up with the two teams creating a lot of chances.

Finally, the deadlock was broken in the 80th minute, when ARA fullback Poonam perfectly smashed a cross to send it into the back of the net. The joy lasted seconds as Suman Pragyana pulled back one for Odisha Police just a minute later.

Despite conceding the goal, ARA showed character and maintained composure as Kiran put ARA back in the lead on the 84th minute with a close-range shot.  Following the lead, ARA took complete control of the game and Madhubala bagged the winner for her side in the third minute of injury time minutes to make it 3-1 for her side.