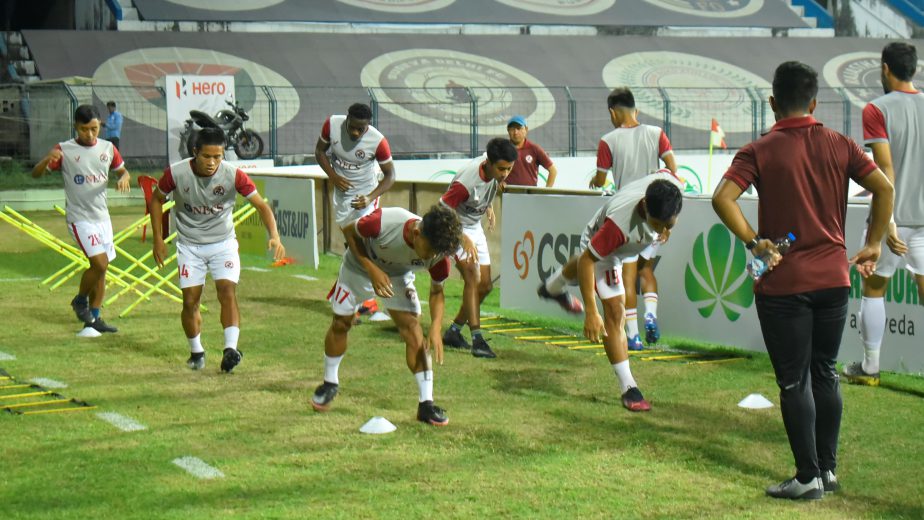 Gameweek 12, the penultimate one of the first stage, kicks off with Aizawl FC taking on Sreenidi Deccan FC at the Naihati Stadium on April 14th at 3:00 PM.

For Aizawl, it’s a must-win game as only three points will give the former champions any chance of making the top 7. They kept their hopes alive after a solid 2-0 win over NEROCA FC last time out, which pleased coach Yan Law. “We controlled the game and defended as a unit to keep a clean sheet. If we keep doing that, we’ll continue picking up points.”

18-year-old Ayush Dev Chhetri scored his second goal of the season and is quickly becoming a key member of the first team. “With the ball, his contribution to the team has been fantastic. He shows a lot of experience compared to his age and is an asset to the team,” said Law.

Winger Nikhil Mali has been with Yan Law for a long time, playing under him in Minerva and Delhi FC and is no stranger to Law’s possession-based approach. “It’s good for the team to have the ball and tire the opposition. We’re continuing that style here in Aizawl as well,” said the 25-year-old.

Against Sreenidi, Law is targeting all three points and has a couple of stats in his side’s favour. “We’ve scored almost as many goals as Sreenidi and kept more clean sheets than them. We respect them as a team. It’s an all-out final for us and we’ll go for the win.”

Sreenidi Deccan are returning to action after nine days and coach Fernando Santiago Varela welcomed the break. “It’s difficult to play every three or four days. It always helps to get some rest.”

Sreenidi’s six-game unbeaten run came to an end against league leaders Gokulam Kerala as they went down 2-1.”They scored early on and put pressure on us. We made a few mistakes. We need to improve our finishing and concentration and recover the ball faster,” said Varela.

Defender Shahabaaz Khan is back in the squad after spending over a month on the sidelines due to an injury. “It’s great to be back. I’m practicing well. The trainers are helping us focus on our fitness. We’ll try our best to win tomorrow and give our 100% for the rest of the season,” the 23-year-old said.

Varela wrapped up by giving his thoughts on the contest against Aizawl tomorrow. “We have to go for the three points. They are a good team physically and technically, under a good coach. We need to fight until the end and show our strength.”