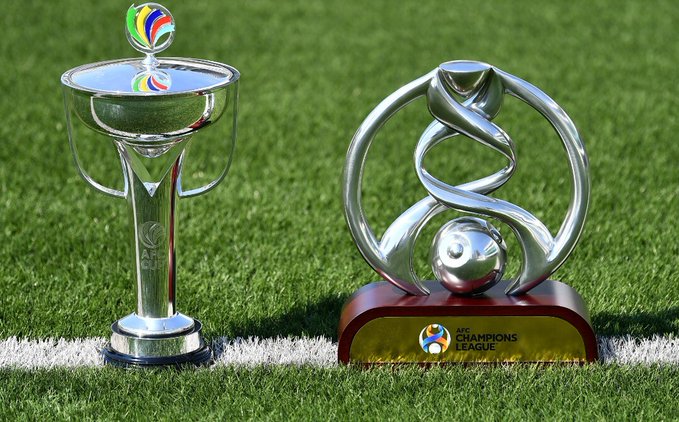 The AFC Executive Committee has approved several key strategic recommendations by the AFC Competitions Committee, signaling a new era of growth and success for the AFC Club Competitions.

Both the AFC Champions League™ and the AFC Cup™ have grown exponentially in the last decade, underpinning the AFC’s Vision and Mission to produce world-class and commercially engaging competitions for its Member Associations (MAs) and passionate fans of the largest stadium in world football, and the latest decisions represent some of the most ground-breaking enhancements to be introduced in Asian club football history.

The landmark reforms, the principles of which were outlined by the AFC President Shaikh Salman bin Ebrahim Al Khalifa at the 8th AFC Executive Committee meeting in November 2021, will see the AFC Champions League™ and AFC Cup™ transition from its current Spring-Autumn season to Autumn-Spring, with both competitions set to be organized across dual calendar years beginning from the 2023-24 season.

The decision, which was taken following a comprehensive feasibility study and a close and in-depth consultation and feedback exercise with the AFC’s MAs, will enable Asia’s top clubs to benefit from more synchronized transfer windows, improved opportunities to sign quality players and coaches with respect to worldwide leagues’ seasons, and a more even distribution of club matches annually to maintain a balance with National Team matches.

In another game-changing decision aimed at strengthening the quality, competitiveness, and stature of the AFC Club Competitions, the AFC Executive Committee also approved the recommendation to increase the foreign players’ quota in the Player Selection List from the existing 3+1 quota to 5+1 (five players of any nationality and one from an AFC MA) to take effect from the revamped 2023-24 season.

The newly approved foreign player quota was widely supported by both the AFC Competitions and AFC Technical Committees, following the recent removal of the 3+1 ceiling on the number of foreign players allowed in the Preliminary Registration, which was also increased from 30 to 35 for this year’s club competitions’ seasons.

With regard to cautions and suspensions, the AFC Executive Committee also ratified the AFC Competitions Committee’s proposal to amend the rule on automatic suspensions in order that a player will only be suspended from the next match in the relevant competition after receiving a caution in three (3) separate matches of the same competition, rather than in two (2) matches. The AFC Administration will begin the process of researching the topic further before determining the next steps of implementation.

Additionally, following the AFC Social Responsibility Committee’s recommendation to retain and allocate 5% of the prize monies from the champions and runners-up of the relevant AFC Competitions, which include the AFC Champions League™ and AFC Women’s Asian Cup™ to the AFC Dream Asia Foundation to further expand the Confederation’s social responsibility reach and impact, the AFC Executive Committee also ratified the proposal to add the AFC Cup™ as part of the relevant AFC Competitions.

In determining the qualification formats for the AFC U17, U20, and U23 Asian Cups, it was also decided that the zoning principles will be removed for the qualifiers’ stage ahead of the 2023 and 2024 editions after taking into careful consideration the performance analysis from the previous editions, technical development as well as operational considerations.

Meanwhile, as part of efforts to ensure the two prospective Asian sides are provided with optimum preparation support in anticipation of the FIFA Intercontinental Playoff scheduled to be played in Doha, Qatar, on June 13/14, 2022, the AFC Executive Committee also ratified the AFC Competitions Committee’s recommendation to stage the FIFA World Cup Qualifiers 2022 Asian Playoff in Doha, Qatar on June 7, 2022, with a venue and kick-off time to be communicated in due course.

Also Read: Mariners squander chance to cut gap at the top with 1-1 draw against Odisha