A Spirited Kenkre FC go down to NEROCA FC 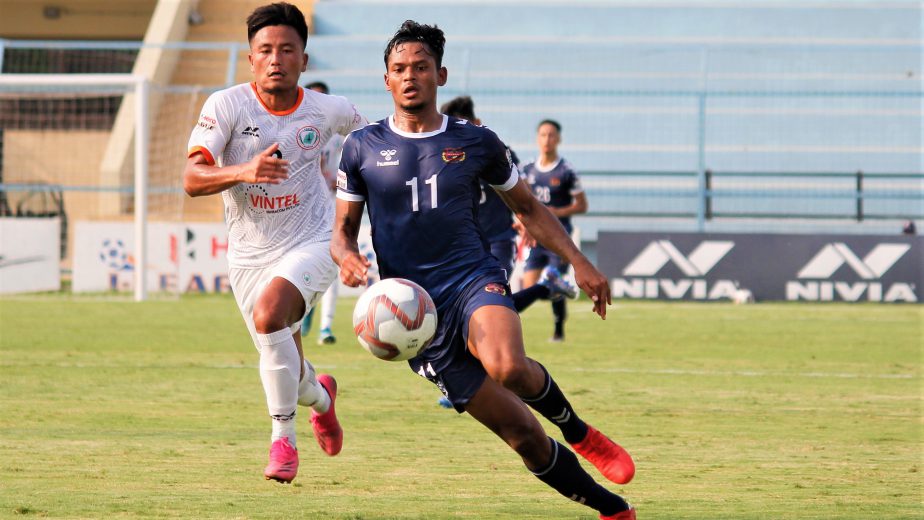 Kenkre Boss Akhil Kothari named four changes to his side for this afternoon’s clash against NEROCA FC from the team which lost to Sreenidi Deccan FC on April 1st, in came Suraj, Kiran, Khongsit & Aravindraj.

NEROCA FC started the proceedings and got several opportunities to open the scoring within the first 10 minutes but a robust defensive performance of Kenkre’s defenders dealt them off easily.

In the 20th minute, Kenkre No. 1 – Tenzin made a brilliant save from NEROCA’s left-winger Khaminthang’s effort. NEROCA FC opened the scoring in the 24th minute. Sweden Fernandes scored for the Manipur-based club.

After NEROCA took the lead, Kenkre forwards put constant pressure on their defense, which led NEROCA defenders to make mistakes. This helped Kenkre forwards to create several chances in the final phase of the first half.

Kenkre kept pushing and in the 45th minute, the NEROCA defender Lallenmang played a back-pass, Kenkre’s Ranjeet intervened, grabbed the opportunity, and scored the equalizer.

At the break, both sides entered the tunnel with a 1-1 scoreline. 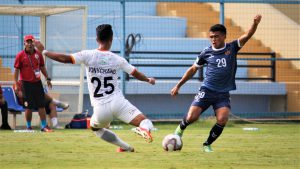 The second half started with a lot of intensity from both sides. Sergio Mendigutxia scored in the 50th minute to give NEROCA the lead.

After 2 minutes of conceding, Kenkre went on in attack and earned a corner. Nam headed the ball towards the goal but it was cleared off the line by the NEROCA’s defense.

In the 63rd minute, Kenkre’s goalkeeper was called into action as he made a brilliant double save. NEROCA’s Khaiminthang took two shots in quick succession, but Tenzin stood up and denied him on both occasions.

Kenkre fought hard and made several attacking moves but could not equalize.

In injury time Kenkre’s Akeraj had a golden opportunity to equalize when he latched on to a long ball and beat his marker before unleashing his shot. However, a last-ditch challenge from NEROCA’s Manjit did just enough to deflect the ball onto the woodwork and above for the corner.

The referee blew the final whistle in the 90+7th minute and after an impressive performance, the boys from Mumbai fell short by a goal as the game ended with another loss for them.

Kenkre will take on the Churchill Brothers on April 10th.