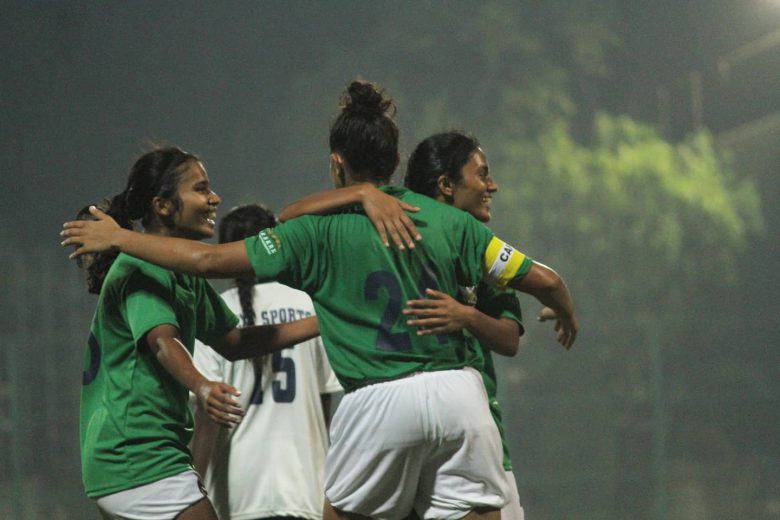 Kenkre FC stormed through the defence of Next Sports Academy by scoring nine goals in the match. Yumlembam (Thailand) and Harshika scored trebles, Pranita Nimkar scored a brace, and one goal from Mitali Devi. Yet another one-sided outing for the Next Sports Academy.

The scoresheet might not show the resistance offered by both teams. An evenly-balanced duel that ended in a goalless draw.

The match was pretty poised throughout its length. Thane based S.P Football Academy showed the gritty nature of their defence. Akanksha Kandalkar for PIFA Sports converted the penalty in the 90+1 minute of the game. That was the only goal that later separated the two sides.

From a 0-0 to a 0-2, in a short span of 60 seconds, Krida Prabodhni created a comfortable cushion of two goals. Courtesy to the goals of Sakshi Ghusalkar (27th minute) and Sanika Deshpande (28th minute). In the second half, Arya More produced a gem to score one(68th minute) for the Pacangan FC. Krida Prabodhni further ensured and walled their defence for the remainder of the match.

Bheke nets winner as Mumbai City consolidate lead
Juan Ferrando: We need to keep on improving, not be satisfied with two wins