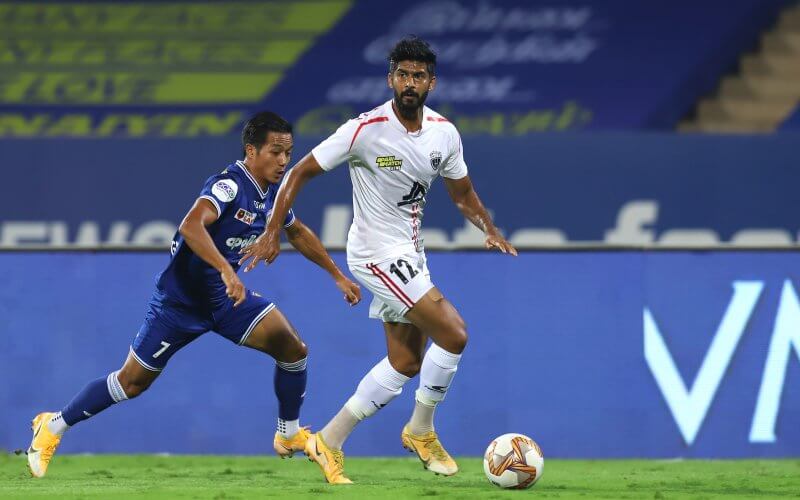 NEW DELHI: After sliding the ball past the goalkeeper and towards the goal line, FC Goa’s Ferran Corominas was already set to wheel away towards the corner flag in celebration in front of the partisan home crowd at the Fatorda Stadium, Goa.

However, the striker was left with his hands on his head in awe after FC Pune City defender Ashutosh Mehta slid in at the very last moment with a heroic challenge and sent the ball out for a corner.

Such last-second tackles are not a rarity in football but what happened immediately after the clearance made Ashutosh a worldwide internet sensation. As he got the ball away, he collided with the goalpost groin-first and the video of the incident went viral globally in an instant, back in 2018.

“I became really famous,” laughs Ashutosh. “People from all over the world — from Brazil to Spain to Nigeria — were messaging me on all my social media accounts. Some were making fun of me, trolling me. But people who really understand football appreciated the save I made and the effort I put in. I’m someone who’s always prepared to die for my team and I’ll do everything I can to contribute to my team’s victory.”

‘NATIONAL TEAM CALL-UP MEANS THE WORLD TO ME’

Suddenly, there is a brief pause over the phone call. Ashutosh understands that being part of the 27-member National Team contingent is big, but it isn’t huge for him as yet – for he believes a lot more is still to be achieved. This is his first-ever Blue Tigers call-up and one can imagine the sheer gravity of the moment for him.

He continues after a brief pause, “It was a long 12-year wait for this opportunity. Every single day, since I have started playing football — I have worked for this very moment! It definitely means the world to me. I’m all in to give my best shot and do whatever it takes to make my team and the nation proud.”

“It’s a feeling of pride to wear the National Team kit and jersey. I was so happy when I saw my name on the list of 35 players who were called up to the National Team camp. Immediately, the first person I called was my mother. My whole family is really happy and proud!” he added. 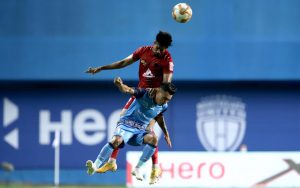 Commitment and character have been the hallmarks of Ashutosh’s game over the course of his career, right from his Mumbai FC days to his most recent season with NorthEast United FC, where he was a key figure in the Highlanders’ unforgettable run to the playoffs, which featured a 10-match unbeaten run at the end of the league phase.

“The season with NEUFC is always going to remain extremely special. The team showed a lot of character. We didn’t stop at setbacks and believed in our strengths as a team throughout. If we didn’t have the intent to do it, it would have been difficult to survive. The most important player in the team was the team. That was the key. All in all, we’re all really proud of how we finished,” he declared.

A right-back who is solid in attack, strong in the air and comfortable with the ball at his feet, Ashutosh has been a consistent performer over the years at club level and has two Hero I-League winners’ medals in his locker — 2016-17 with Aizawl FC, and then 2019-20 with Mohun Bagan.

However, both triumphs have come with their fair share of setbacks and sacrifices, and according to the defender, they are nothing short of ‘two fairy tales’. 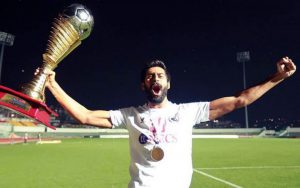 “Leaving my hometown Mumbai and going to Mizoram to play for Aizawl FC was the hardest decision I ever took. It was really, really difficult to adapt. Everything was so different from what I was used to — the food, weather, culture, language. But looking back now, we had the most incredible season and created history,” he recollected.

“Then came Mohun Bagan. After the season with Pune City (2018-19), I was injured and out of favour. It was a really tough period for me. I was struggling to find a team and when the opportunity to sign for Mohun Bagan came along, I grabbed it with both hands and set out with a point to prove. Looking back now, it was a really incredible season and the way we won it was amazing. What a team we had!”

Ashutosh continued: “Winning the Hero I-League with both Aizawl and Mohun Bagan will always remain special for me. It is difficult to put into words how I felt. Both championships are very close to my heart and they are something I will tell my children about. Both were like fairytales. The affection shown by the fans in both Aizawl and Kolkata is something I will always carry in my heart.” 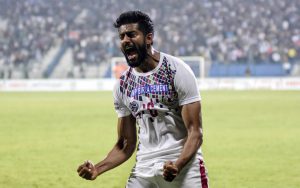 ‘RIGHT MENTALITY WILL NEVER GO OUT OF STYLE’

The Blue Tigers are set to face off against Oman and UAE in International Friendlies on March 25 and 29 respectively, and Ashutosh is gearing up to give it his all and secure a place in the final squad. At the same time, he wants to make the most of this opportunity to learn and grow as a player.

He expressed: “I’m a person who’s always willing to learn and improve. It’s something that makes me happy. Our Head Coach Igor Stimac has played football at the highest level and has the experience of coaching all over the world. So, I’m just looking forward to improving and growing under him and Venky-bhai (assistant coach Venkatesh Shanmugam). I want to convey my gratitude towards them for trusting me and giving me a chance to prove my mettle, and my club coach Khalid Jamil for his trust in me.”

“When I started I had never imagined any of this. The only thing I knew was my love for the beautiful game and the ability to work harder than anyone else around. Since then, I have not stopped. Now at this stage, I am convinced that hard work, consistency and the right mentality will never go out of style. I’m focused more than ever to be the best version of myself.”

“I have been a part of many fairy-tales and I hope this one is the most special of them all,” he chuckled.