The Gaurs unite in building the Grassroots ecosystem of India 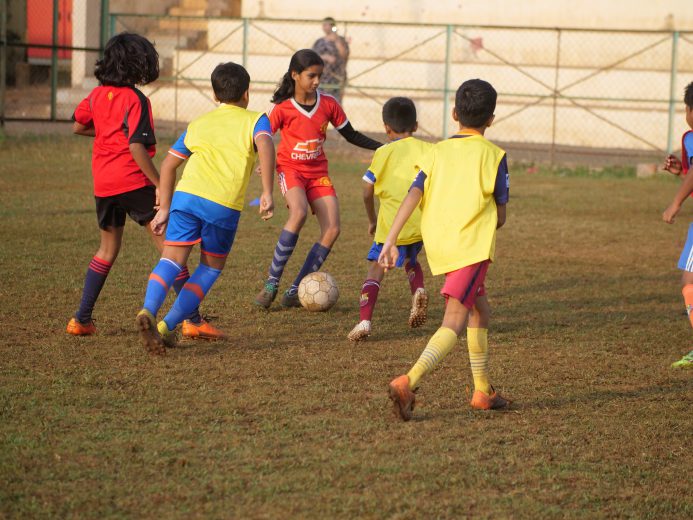 FC Goa make baby steps in leveraging the maximum out of the RP Leipzig partnership as they launch FC Soccer camp a distinct grassroots development program.

The millennial generation’s coming-of-age coincided with massive growth in the sports industry. Generation Z—born between 1995 and 2012—they are redefining political movements, religion, popular culture, social distancing and more.  According to a 2019 Bloomberg report, Gen Z made up for 32 percent of the global population, with India’s Gen Z population at 472 million. Approximately a majority of men age 13 to 21 (52%) already spend more time following non-traditional sports than traditional sports.

The availability of football content on more channels and the regional commentary are the key growth drivers of viewership.

In terms of growth of football leagues, Serie A viewership has doubled in the first two months. EPL is the most youth-skewed with 51% of viewers under 30 years of age. The figure was 43% for the football World Cup.

After the establishment of Indian Super League, the participation level in India has reached heights. For Example: The Northeast is the best case in point. The biggest impact ISL has had is in the Northeast. Every match there is sold out and there are thousands of people outside the venue for every home game of the NorthEast United Football Club. Such fan engagement inevitably resulted in increased interest and the result is for all to see as far as football is concerned. This has also created a shift in the minds of the parents in concern with the career in sports.

In order to build the grassroots ecosystem, the AIFF (All Indian Football Federation) has also started a lot of baby leagues. They are also encouraging a lot of clubs and associations to organize baby leagues which is a positive time for kids’ development in sports. There are many associations who have taken a step in conducting and building a basic platform at grassroot level.

When it comes to sports Goa is one of the leading states in India. Football is one of the popular sports played in goa. It is the only state except West Bengal and Kerala where football has a strong following.

The football clubs in Goa have come a long way from their humble beginnings. Today, the Goan clubs are among the best in the country and they put up strong competition to the big names of Indian Football like East Bengal and Mohun Bagan of Kolkata. Salgaokar, Churchill Brothers, Dempo, Vasco and Sporting Clube de Goa are the major football clubs in Goa.

Over the past year FC Goa launched and ran Goa’s biggest children’s league. They hired first female coach and worked with FC Goa’s women’s team members on gender equality and sustainability in the sport. Through the Premier Skills programme in partnership with British Council FC Goa trained men and women to become community coaches in Goa and North East India.

On 20 February 2018, it was announced by the All India Football Federation, the organizing body for Indian football, that the FC Goa, along with six other Indian Super League sides, would field a reserve team in the I-League 2nd Division, India’s second division football league. FC Goa Reserves and Academy is the reserve side and youth academy system of Indian Super League side FC Goa. Based in Goa, the reserve side participates in the I-League 2nd Division, the third division of Indian football and Goa Professional League. The youth teams, which are under 18, under 15 and under 13 squads, participates in the various divisions of the Elite League. Professional Players like Mandar Rao Desai, Saviour Gama have made their way through FC Goa academy. 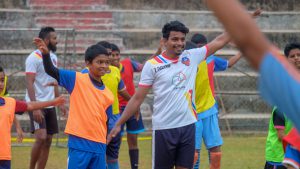 On 12th January 2021 the club announced the National soccer camp online program, which is supported by RB Leipzig.

It is one kind of an initiative where children can learn the basics of football in structured manner, from anywhere in the country.

“The overall outlook of the program is to raise the footballing standards in India and it is one of the reasons to tie up with the German club. What I have seen over the years is that we need to reach out to the masses and at the right age and keeping that in mind we have come up with the program which will help our young kids at next level, so that’s what we believe at FC Goa that if kids get the right training at right time definitely there will be a lot of changes in Indian football” said Derrick Pereira.

Derrick Pereira is the technical director at FC Goa. He is also an Indian association football manager and former National player. 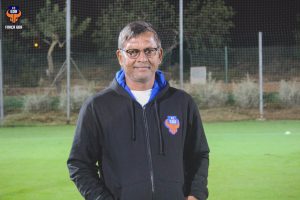 During the conference he recalled his playing days for the National team and said, “I have seen my own progress and my friends who played with me in the National team. I always feel that if we would get an organized training system during our younger day our standards would be better (Indian standards). And keeping that in mind we are targeting younger players at the age of six where we want them to get attracted to football by introducing leagues and baby leagues.”

Considering the concepts and expansion plans the club has a plan ready. Once the situation is under control the club has planned to have coaching session with the first team whenever possible. The club will also ask their Leipzig partners to help them out with the coaching and expert recommendation. They also want to expand the grassroot level camp across the country and send their coaches all over once the situation is under control.

“In terms towards the response the main focus of the program is to promote inclusivity and development in football, I believe we had a good response, we’ve had 3000+ registrations. The program starts from 15 February that is mainly for the paid program. The free program which is the access to 20 videos from FC Goa and RB Leipzig that can be accessed by anyone and anytime”, said Sarthak Sharma who looks into the product related terms.