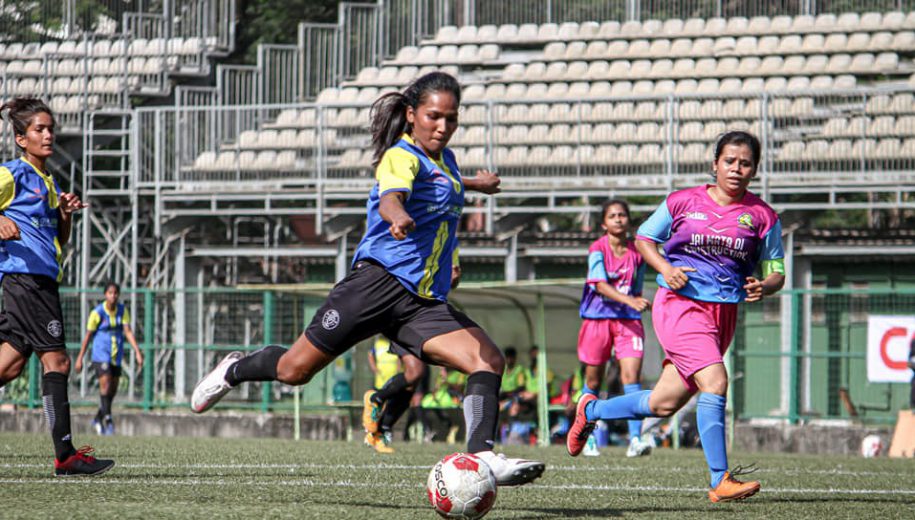 The first game of the day saw Kenkre FC outclass India Rush SC through Nabam and Harshika’s goals. Harshika Jain drew the first blood for Kenkre FC at the 7th minute followed by a goal from Nabam Kamyi at the 14th minute to double the lead. India Rush SC replied at the 24th minute when Nirmala Durve found the net. The scoreline remained in Kenkre’s favour with a solitary goal lead at half time. The second half kicked off to see both sides receive equal chances, but Kenkre eventually got the better of India Rush when Harshika scored her brace at the 66th minute giving them a comprehensive win.

The second game of the day was between Amma AFC against Next Sports Academy. In what turned out to be a five-star performance, Amma AFC whipped their opponents to start the league. Goals from Nidhi Verma (4′), Punam Kumari (17′) and Any Anthony (41′) proved to be the difference between both ends in the first half. The second half commenced only to see super-sub Nikita Shende display her heroics by scoring a brace at the 79th and 85th minute respectively.

On 3rd April, Pacangan plays PIFA, Amma FC face Footie First and Kenkre FC will lock horns against Next Sports Academy for the 2nd Round, at the Cooperage Stadium.

Gokulam Kerala come home to Kozhikode amidst rousing reception
Not hope, hard work is the only answer: Igor Stimac