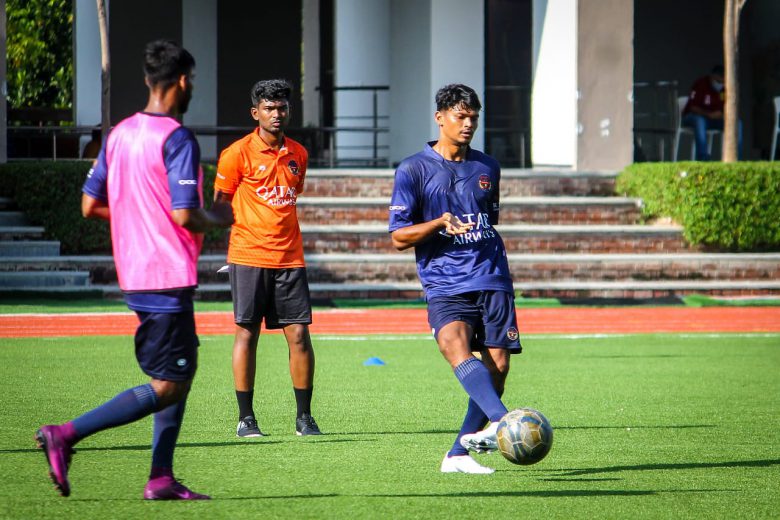 Mumbai-based Kenkre FC arrived in Bangalore on the morning of 27th September ahead of their I-League Qualifiers campaign.

After reaching the team hotel, players, coaches, and the management staff underwent RTPCR tests in adherence to the COVID related guidelines. The team will undergo a quarantine period for five days before they resume training on 2nd October.

Before they arrived in Bangalore, the team was preparing in Hyderabad. Kenkre FC played two friendlies where the team faced ISL-based Hyderabad FC and a residential club named GMRC. The game against Hyderabad FC concluded in a 1-4 loss, where team Hyderabad fielded with four foreigners. The second game saw Kenkre outclass GMRC with a comprehensive 9-2 total.

“We lacked competitive football in Mumbai due to COVID. Hence, we travelled to Hyderabad for a brief pre-season. As we enter the bubble in Bangalore, things are going to get difficult. We were training at high intensity in the past few weeks. However, our management is providing us with all the requisites here in Bangalore. At the moment, players cannot meet each other due to the quarantine. We are interacting through zoom calls,” quotes Siddharth Colaco, a senior Kenkre FC player.

“The main focus of the team has been to progress on our plan. We need to maintain and uplift our fitness and mental health. It is a continuous process from the start. We will have three days before the first game, and we shall leave no stones unturned,” informed Siddharth.

Kenkre FC is placed in Group-B alongside Corbett FC, Kerala United, ARA FC, and Delhi FC. The team will start their campaign on 5th October against Kerala United at 12:30 IST in the Bangalore Football Stadium.