“It was my dream to represent FC Goa” – Saviour Gama 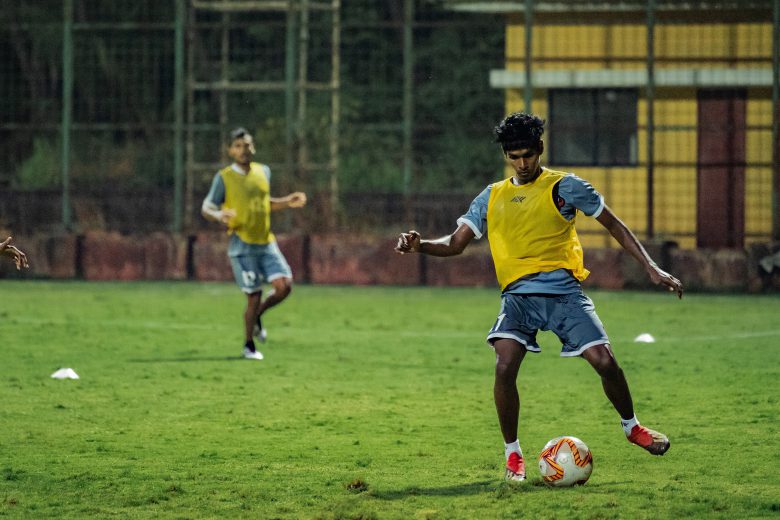 Full-back Saviour Gama has been instrumental at the heart of FC Goa’s defence this season. The 23-year-old youngster replaced former captain Mandar Rao Dessai and has clocked 1500+ minutes in ISL 7.

Gama started his footballing career at FC Bardez, Goa. He later joined FC Goa developmental squad in 2017-18. With his defensive prowess, he impressed the FC Goa coaches and made his way to the big leagues. He scored his only goal for FC Goa in the ISL semi-final against Chennaiyin on 29th February 2020.

Speaking about the time spent with FC Goa, Saviour reiterates it to be an exceptional start to his glittering career. “Right now, I’m enjoying my days as a player at FC Goa. It was always a dream for me to play for this club. When I used to play for other clubs my main motive was to come and join FC Goa and I’m happy to fulfil my dream. My focus is to play football at the highest quality for FC Goa and win titles.”

In the previous years, Sergio Lobera has been the key stakeholder for FC Goa’s attractive playing style. With the new system coming in, Juan Fernando seems to have successfully taken the responsibility to maintain Goa’s playing identity. “The philosophy of the Coach is to keep the ball and make the side-back move up. It has impacted me a lot. I get to move to the attacking-third and I like going forward.” quotes Gama.

The young defender was bestowed with the responsibility of taking the lead in the left-back position when former captain and club stalwart Mandar Rao Desai decided to switch sides. Speaking about Mandar, Gama says “He is a legend for FC Goa. No one can replace him. We can follow his footsteps however. I’ve been in contact with him and I take advice from him time and again”

The pandemic has raged normal living and so has it affected football. The adverse effects of self-isolation and living in a bio-bubble has never been more difficult. Gama shares about the problems he had to undergo as an athlete and how he coped up when the world was at a standstill. “I have not seen anything like this before, it was very difficult. We had to stay at home and do everything, so it was very difficult. I don’t like to be at home. I had to train inside my house and it became tough. I feel we are very lucky to play this season and I’m not thinking about the hurdles and difficulties we have.”

Gama’s personal goals and ambitions from this season is to be the best for his team and win titles. Speaking about the Gaur Army, the passionate FC Goa fans, he quotes “FC Goa supporters are the greatest fans. I miss them in the stadium as the twelfth man. I would like to tell them that they are always in our hearts and we are doing everything possible to win matches. We will give our best. Forza Goa” concludes Saviour Gama.