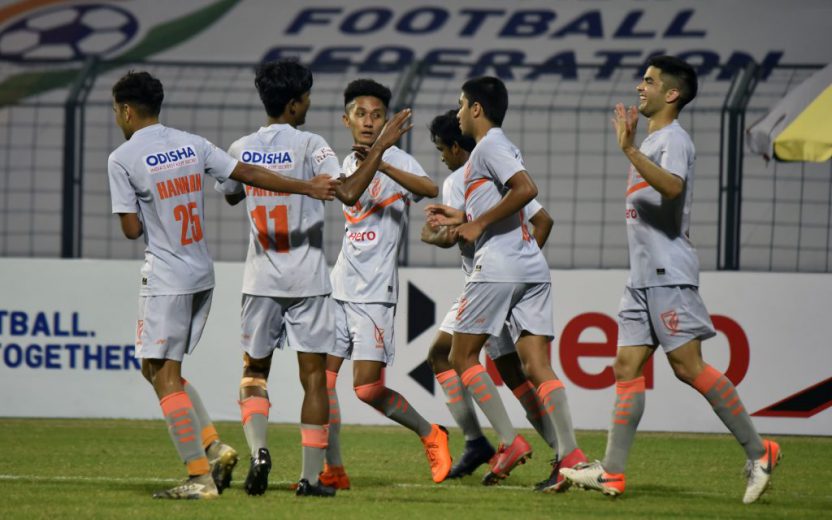 KOLKATA: The Indian Arrows will look to cap off their second phase of the Hero I-League campaign on a high as they aim to beat Sudeva Delhi in an all-Indian clash. The kick-off is slated for 2:00 PM IST at the VYBK stadium, West Bengal, tomorrow (March 19, 2021), and the match will be broadcasted on the 1Sports channel, whilst being streamed live on their Facebook page.

Goals from Kean Lewis, Mahesh Singh, and Shaiborlang Kharpan helped Chencho Dorji’s side get the better of Indian Arrows back in match week 3. However, the Indian Arrows, now finding themselves in a much better streak of results — having won two of their last three games, will be looking for sweet revenge against the Delhi team.

Sudeva Delhi rode Gursimrat Singh Gill’s header to beat and relegate NEROCA FC in their last game. Now, the Delhi-based club sits second in Group B, with 15 points from 12 games, three points behind Aizawl. Despite being exempt from relegation, Sudeva will be motivated to beat the Indian Arrows and extend their winning run to three games.

Speaking at the official pre-match press conference, Sudeva Delhi assistant coach Pushpender Kundu, said, “The last win and three points have given more confidence and boost to the team for the upcoming games. The boys played extremely well in the last two games. They have followed all the instructions and executed the game plan for 90 minutes, and the results have followed.”

“For me, Indian Arrows have been the most developed and improved side for this season. Match by match, they have shown improvements in leaps and bounds. They have a good squad trained by Venkatesh. They play attacking football and beat a fantastic team like Aizawl. They are a brilliant side, and we cannot afford to take them lightly,” Kundu added.

Sharing his excitement of playing against the Indian Arrows, striker and captain Shubho Paul, said, “I am looking forward to the game against them. It will be a challenging game, and I will give my best to give my side the victory.” 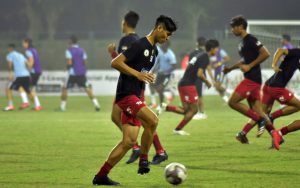 The Indian Arrows find themselves in some good run of form after they beat Aizawl FC 2-1 in their last game. The AIFF developmental side has now won two of their last three games and extended their points tally to 10 points from 13 games. The young brigade will now look to cap the season with a victory over Sudeva Delhi in what will be their last game of the campaign.

Coach Mahesh Gawali, said, “It’s the last game of the season. We have worked very hard, the boys are sharp and look very positive. We are confident that we will put a good display of football.”

“It has been a good experience for everybody. The main task was that the youngsters get match time, experience, and gain confidence. We wanted them to be prepared for AFC U-19 competitions, and I believe, that the Hero I-League will help to prepare them, give them confidence, and ready them for the challenge.”

“The win against Aizawl was crucial for us. The boys were committed, they showed a desire to win. The team spirit was absolutely brilliant — they worked as a group,  fought as a team till the end. I know this is going to be a tough game against Sudeva, but I am confident that the boys will do good,” the assistant coach added.

Defender Tankadhar Bag said, “We are all ready for the game against Sudeva. We have prepared well. All players are looking confident and positive. Personally, it has been a good learning experience this season. We learned a lot playing against stronger oppositions, and this will definitely help us going forward.”