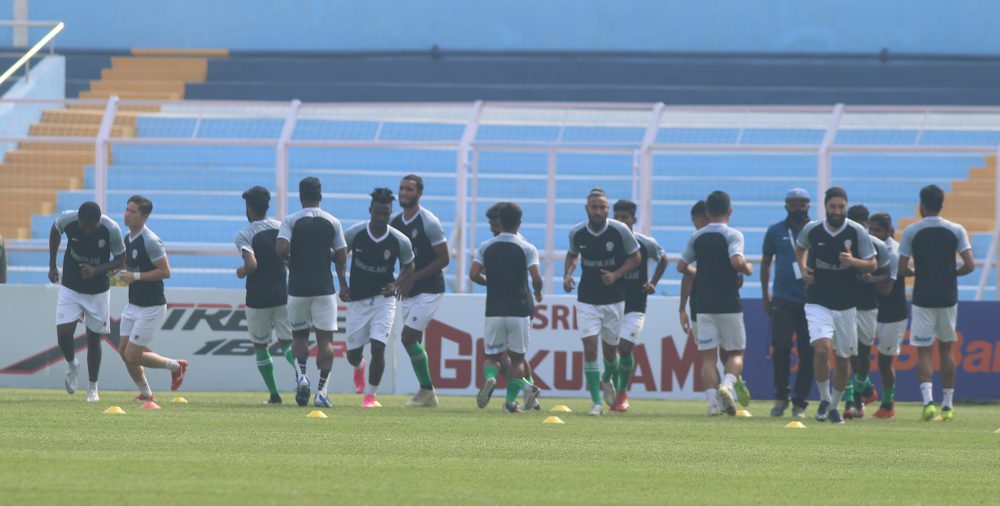 KALYANI: Gokulam Kerala faces a tricky test in form of a spirited Indian Arrows side, as they look to move up into the top-four at the Kalyani Municipal Stadium in Kalyani, West Bengal tomorrow (February 19th, 2021). The kick-off is slated for 7 PM IST and the match will be broadcasted live on 1Sports, whilst streamed live on their Facebook page.

Gokulam Kerala defeated dark horses TRAU 3-1 and returned to winning ways. They now sit in 5th place in the Hero I-League standings with 10 points from 7 games. While a victory can push them into the top four, the Malabrians do not have any room for complacency against the Indian Arrows as the plot for the top six thickens.

Speaking at the virtual pre-match press conference, coach Vincenzo Alberto Annese said, “I am proud of the result in the last game. I believe we have a deep squad for the season with a lot of attacking talent. I have had seven different goalscorers this season, and having many options is always a positive aspect for the team.”

“We are preparing for the Indian Arrows just like any other team. They might be a young team, but age is just a number. They have just won against Mohammedan, a side against whom we lost. They will be more motivated, more aggressive, and more compact. We will need to be focused and try to beat them soon.”

Defender Sebastian Thangmuansang, when asked about his coach’s philosophy of football, said, “Football is changing a lot! Luckily, for me and other young players on the team, the coach gives us the freedom to go forward and has been continuously working on improving us and transforming us into complete players.” 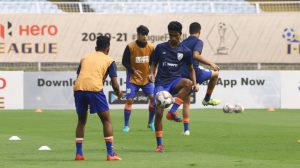 The Indian Arrows put in another defiant performance at the back to secure their first victory of the season against Mohammedan SC. While Shanmugam Venkatesh’s side sits on the bottom of the table, they have nothing to lose and will be hoping to pick a point or three from Gokulam Kerala, who have had a mixed set of results this season.

Speaking at the virtual pre-match press conference, Venkatesh said, “Winning games always increases a team’s confidence and motivation. The boys are enjoying the game, and playing their role in the team. The positive thing is everybody is ready for any challenge that comes in our way. The next match is another tough game, and another great opportunity to learn.”

“Every game has been important for us this season. I want to see progress in every match in the players, and we have been seeing some major development in recent games. Next game is another tough game.”

“Gokulam Kerala are a strong team. We have played well against two strong teams- RoundGlass Punjab and then Mohammedan. I am sure the boys are ready for this game as well,” the coach added.

Midfielder Vibin Mohanan said, “We have been playing good football in the previous two matches, and will continue to give our 100 percent. Gokulam are a very strong team with a solid pool of foreigners and Indian players. But we are in good shape physically, and mentally are confident. We got 3 points in the last game, and want to continue on it.”