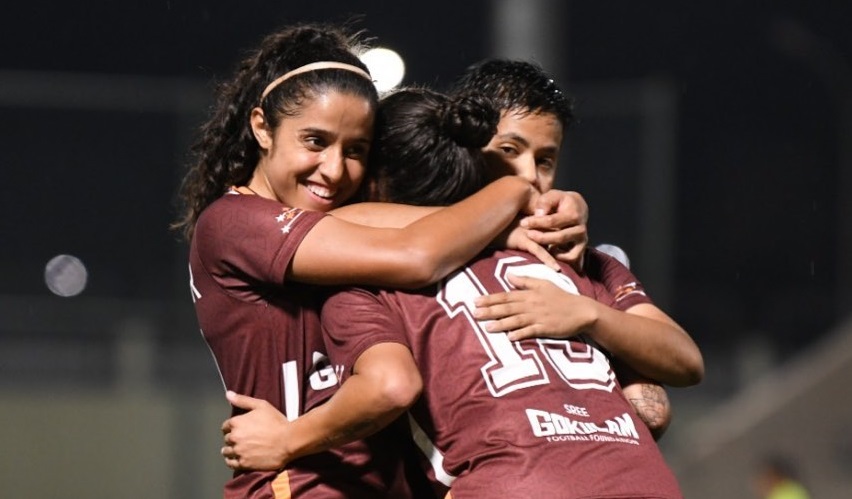 Gokulam took a 1-0 lead through Elshaddai Acheampong going into the break before goals from Manisha and Karen Stefanny Paez on either side of Umida Zoirova’s effort for Uzbekistan’s Bunyodkor, netted a comfortable win for the Indian side.

Both teams were out of title contention, with Bunyodkor’s opening day defeat to Islamic Republic of Iran’s Shahrdari Sirjan proving costly in the final equation while Gokulam Kerala had yet to register a point. Bunyodkor were the first to have a look on goal in the seventh minute, with Dildora Nozimova sending a clever ball to Nozimakhon Ergasheva, who wasted the opportunity by firing straight at Gokulam custodian Shreya.

The Uzbekistan side looked more threatening moving forward and came agonizingly close to taking the lead in the 18th minute when Nozimova forced a save from Shreya, who also stopped Ergasheva’s follow-up from point-blank range.

Despite Gokulam playing well in patches, Bunyodkor continued to toil in front of goal with Aziza Norboeva hitting a tame effort in the 22nd minute and Ilvina Ablyakimova seeing her header ruled offside five minutes later.

The misses proved costly as Gokulam then caught Bunyodkor napping in the 34th minute when Manisha sent a wonderful cross to Soumya Guguloth, whose header was guided into the back of the net by Acheampong. Bunyodkor tried their best to find the equalizer to stay in the game but Shreya made sure Gokulam took a 1-0 lead going into the break.

Gokulam raced off the blocks in the second half and continued to pressure Bunyodkor, who were limited to counter-attacks. Disaster struck Bunyodkor when captain Luiza Sadirova received a red card for pushing Acheampong inside the six-yard box, with Manisha scoring the resulting penalty in the 62nd minute.

Bunyodkor responded immediately after the restart when Nozimova sent a wonderful through ball to Umida Zoirova, who beat the Gokulam defense before slotting home to reduce the deficit.

Gokulam, however, restored their two-goal advantage in the 68th minute when substitute Karen Stefanny Paez scored from close range after Acheampong’s shot was denied by the bar.