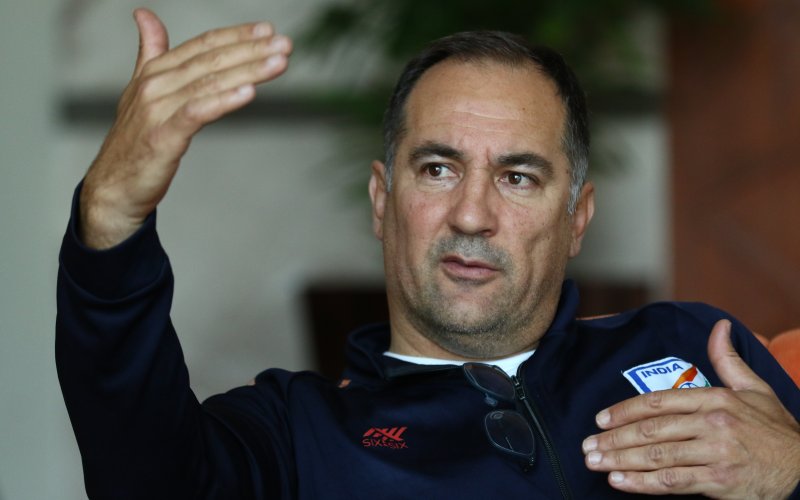 NEW DELHI: Head Coach Igor Stimac feels “there is a continuous competition for positions in the team.”

A day prior to India’s International Friendly against Oman at the Maktoum Bin Rashid Stadium, in Dubai, UAE tomorrow (at IST 7.15 pm) Stimac stated: “When I became the National Team coach, I even mentioned to Sunil (Chhetri) that he also needs to fight for his position. This fight goes on forever. Without this continuous fight, there is no success.”

“I cannot rely on the past. I can select the squad based on past results, but those players need to work hard. We closely monitor them, and then discuss which players fit into the starting XI,” he added.

The Blue Tigers who have been camping in Dubai since March 15 will go on to play another Friendly against UAE on March 29.

“Our target — from the beginning, has been to qualify for the AFC Asian Cup (2023). We have three games left in this stage of the Qualifiers. We are trying to provide enough time for the players to put in quality work before those games,” Stimac averred. 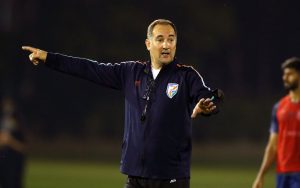 With as many as 13 players under the age of 23 in the Blue Tigers squad, 27-year-old central back Sandesh Jhingan emphasised on the progress the team is making as a unit, citing the next generation of talent that has come through as an example.

“To be honest, it’s good to see all the new boys who have come in. Players like Apuia (Lalengmawia Ralte), Suresh Singh and Sana (Chinglensana Singh) have shown that they have what it takes to be here, and have impressed the coach,” said Jhingan.

“When I was new to the team I was guided by the senior players, but these guys are already so strong mentally. I’m sure they will do well once they get a chance. These guys are all talented, level headed, and the future really looks bright,” he continued.

Stimac will be up against a familiar counterpart when India play Oman — his compatriot from Croatia, Branko Ivankovic will be in charge of the Oman dugout.

“My good friend Branko is with Oman now. He is a great coach. He has already coached top teams like Iran in the World Cup, and has won important trophies in his career. We both know each other well,” Stimac averred. “We have seen Oman play against Jordan (on March 20), and we are confident. They are a patient but a physical side, and do not take a lot of risks. We need to find a way to do well against their style of play.” 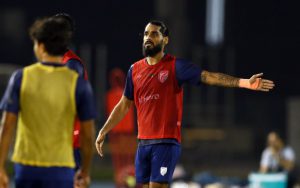 Sandesh Jhingan believes that India have also started to command a certain amount of respect from teams like Oman and UAE in the past few years.

“Teams like Oman and UAE also look at us as tough opponents. If you look at the Oman game in Guwahati, we deserved to win that match. Yes, we could have done better and we let ourselves down, but such matches show that India are a strong team, and that the growth is there. We have earned respect in Asia,” he said.

“It is because of this that they are now inviting us to come and play International Friendlies against them. That just shows how much we have grown. The more we play against such teams,” continued Jhingan.

Meanwhile, Stimac reiterated that the Blue Tigers keep gaining experience from every match and every training session.

“We learn every day and from every training session. The learning never stops for us. There is not as much pressure on us when we play teams like Qatar or Oman. But when we play teams like Bangladesh of Afghanistan, the onus is on us to create chances and control the game. Our intention is to play good football, and that’s what we are working on,” he stated.

India’s International Friendly against Oman kicks off at 7.15 PM IST at the Maktoum Bin Rashid Stadium, in Dubai, UAE on Thursday, March 25, 2021, and it will be broadcast live on Eurosport.