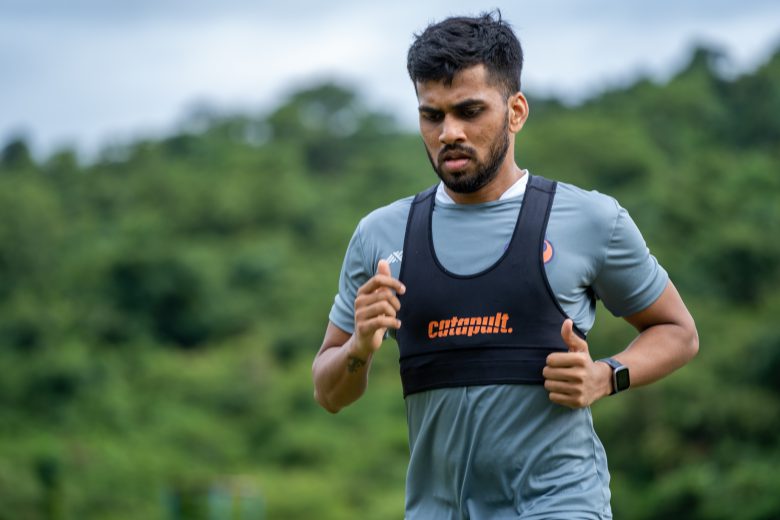 FC Goa is delighted to announce that Brandon Fernandes has penned a new three-year contract, which will keep him at the club until June 2024.

Brandon, 26, has been with FC Goa since being selected by the Gaurs in the 2017 ISL Draft with their pick in the 6th round. Since then, Brandon has gone on to become one of the vital cogs in the FC Goa side which has qualified for the ISL playoffs in each of the past four seasons.

The midfielder meanwhile, over the last four seasons has gone on to become an Indian international with all three goals from India during the latest World Cup qualification campaign coming via assists from Brandon. The FC Goa no. 10 also holds the record for the highest number of assists recorded by an Indian in the Hero Indian Super League.

Capable of playing across the midfield, the Indian international played a crucial role in helping the Gaurs win their first-ever trophy in 2019. Brandon scored what turned out to be the eventual winner in the Super Cup that year to help FC Goa to their maiden silverware.

Speaking to fcgoa.in after putting pen to paper on the new contract, Brandon Fernandes said, “Playing for FC Goa has always been special ever since I arrived here four years back. I feel at home here. Together we have been able to stitch together a lot of successful; chapters over the past few years and I am looking forward to continuing in the same vein in the years to come.

“I am convinced that the best days – both for me and the Club lies ahead of us and I intend to start working towards that. Being a Goan, it gives me great pleasure to continue to wear this shirt and representing my people for many years to come.

“I will be giving everything I have to help deliver the success that our fans deserve.”

FC Goa’s Director of Football, Ravi Puskur also expressed his delight upon the deal. He said, “We’re delighted that Brandon has agreed to commit his long-term future to the club. He has grown leaps and bounds since he first arrived here in 2017 to turn into one of the most consistent creative forces in the country. He’s been a very important part of our success over the past 4 years and has become ingrained into the fabric of the club. We are confident that his best years are yet to come and we’re pleased that he’s chosen to spend those in Goa.”