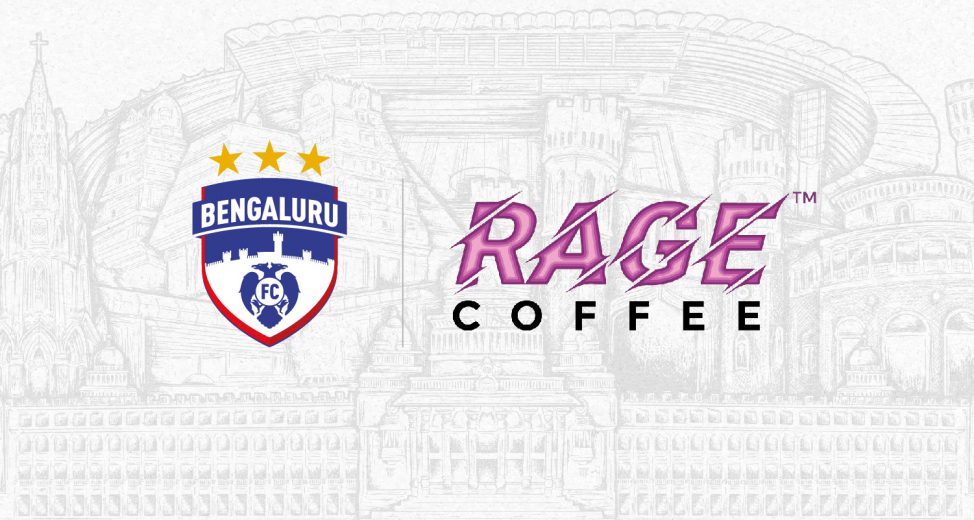 Bengaluru FC have entered into a two-year association with Rage Coffee, owned and operated by Swmabhan Commerce Private Limited, who will be the Blues’ Official Partner, the club announced on Tuesday.

Rage Coffee’s blends of supplements are sourced from plant extracts and natural compounds and have been scientifically formulated to work synergistically with the coffee. One of the fastest-growing consumer coffee brands, Rage Coffee, recently raised $5 million as Series-A funding led by Sixth Sense Ventures.

“We’re always looking out for brands that align with our vision to innovate and keep raising the bar, and this association with Rage Coffee is no different. The club and the brand stand to gain much from each other through this partnership. Bengaluru is a city that loves its coffee, and that Rage calls it their home makes this association even better,” said club CEO, Mandar Tamhane.

Founded in 2018, Rage Coffee is a digitally native fast-moving consumer brand of coffee that has expanded rapidly. A well-positioned brand of choice for the next generation of coffee consumers with its highly innovative flavored instant coffee products, Rage Coffee adds great value to Bengaluru FC’s partnership roster ahead of their upcoming Indian Super League season. The association will also see both brands team up for digital content and social media interactions with the supporters of the club.

“Football was my first love in life and we couldn’t be happier to be associated with the biggest football league in India. We are delighted to join forces with Bengaluru FC; a successful and ambitious club with some star players of the Indian football team. Our brand stands for all the passionate, exciting, and emotional moments football creates and it is the perfect time for us to be associated with the beautiful game in this big way, through a historic club. We thank JSW Sports and the Bengaluru FC management for putting their trust in us, and cannot wait for this season to begin,” said Bharat Sethi, Founder and CEO, Rage Coffee.

The Blues begin their Indian Super League season with a clash against NorthEast United on November 20, 2021, at the GMC Athletic Stadium, in Bambolim.