Being the first club from the state, Rajasthan United aims to leave a mark in I League 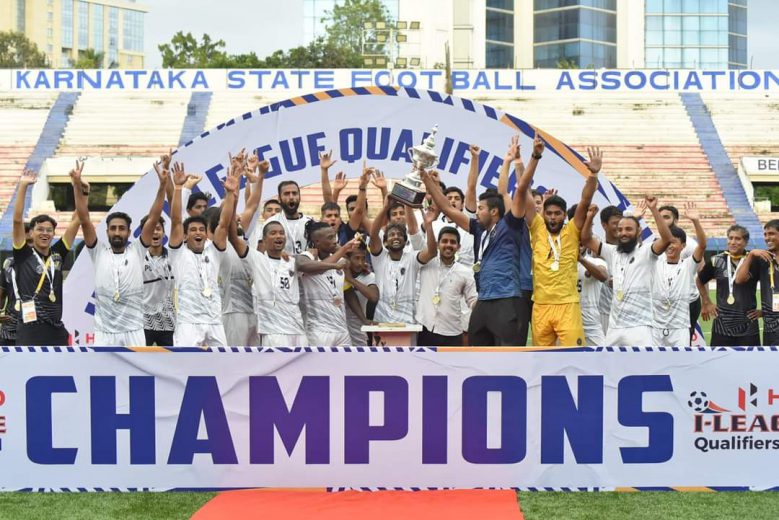 Rajasthan United FC started their professional journey on solid grounds by winning the R-League A division in 2019. Don’t be surprised if we tell you that the Jaipur based club has a foundation stone written 2018 over it.

Yes, you heard us right. Within one year from its inception, RUFC won the R-League. Continuing their winning habits, Rajasthan United FC secured a top spot in the recently concluded I-League 2021 qualifiers.

They remained unbeaten throughout the qualifying campaign. To everyone’s surprise, RUFC paved the way by defeating heavyweight teams like Delhi FC, Bengaluru United and the likes.

RUFC majorly banks upon young Indian players who are yet to reach their potential. Their roster includes players like Ravi Kumar Punia, Abhishek Ambekar, Bhaskar Roy, Aman Chhetri (part of the India U17 squad), to name a few. They have Gyamar Nikum, the 16-year-old wonderboy from Arunachal Pradesh who now holds the record for being the youngest to play in I-League qualifiers. Their Goalkeeper Vishal Joon has been brilliant in qualifiers and kept a clean sheet in each of the three final round games of I League qualifiers. With their solid defence, RUFC would be counting on players like Marcelinho and Komron Tursonov for being fearless on the attack side.

Speaking to Footballcounter, the team co-owner Rajat Mishra shared his thoughts ahead of the season. Rajat said that “the team firmly believes in having a clear ground vision”. The team management is always looking for a balanced mixture of young guns with experienced playmakers.

Rajat highlighted the importance of discipline in the player training sessions and their nutrition. The humane touch within the system is equally important. He also mentioned that “RUFC is not afraid of experimenting in its game strategy”.

RUFC is all gearing up under the guidance of Francesc Bonet (Head coach). They must be looking forward to emulating their success in I-League in their debut season. Rajasthan United FC will be up against the Punjab Football Club on 26th December, which will also be their first encounter of the I-League 2021.